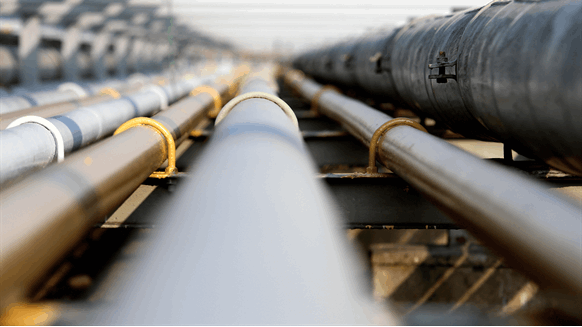 BP Plc filed a complaint this week with Canada’s National Energy Board saying Enbridge used an “unreasonable exercise of discretion” when it announced and then, 11 days later, canceled new rules governing the amount of oil that shippers were allowed to send through its Mainline system.

Heavy Western Canadian Select crude prices surged by a record $12.20 a barrel relative to U.S. benchmark West Texas Intermediate futures Monday after Enbridge scrapped the rule, which was designed to stop shippers from claiming more space than they needed on the pipeline. Space on the system, the largest link between Alberta’s oil sands and U.S. refineries, has been increasingly rationed, as crude production overwhelmed capacity.

Prices had sunk $8.75 a barrel relative to WTI in the days after the new rules were announced on May 24.

“It’s not that the current system didn’t have challenges with it, it’s just that the new system had more challenges with it and it was eroding the value of Canadian crude,” Mark Little, Suncor’s chief operating officer, said in an interview in Calgary Wednesday. “We are very thankful that Enbridge backed off, because it’s great to see we’re getting a fair price for the product.”

A surge of new supply out of Canada’s oil sands this year strained limited pipeline capacity, prompting operators such as Enbridge and Kinder Morgan Inc. to increase the rationing of space on export lines. Enbridge said it was concerned that shippers may be continuing to “inflate” the amount of oil they nominate to ship through the lines each month as they vie for space, according to the May 24 letter announcing the new rule.

Enbridge’s new system granted oil shippers allowances for the amount of crude they could send on the Mainline based on a 12-month rolling average, plus 15 percent for heavy crude and 40 percent for light crude. Shippers wishing to send more than their allotted amount would need to show physical proof that they had the extra oil. The company said it changed its mind after discussions with shippers.

“From Enbridge’s perspective, it’s not particularly helpful from an operational perspective if they have to second guess what people really have,” Sandy Fielden, director of research for commodities and energy at Morningstar Inc., said by phone. “They’ve also demonstrated that trying to change the system so suddenly doesn’t work.”

"We are reviewing the complaint and will respond through the NEB process," Suzanne Wilton, a spokeswoman for Enbridge, said in an email. BP spokesmen didn’t immediately respond to an email after normal business hours.

The drop in Canadian crude prices relative to futures, known as the differential, after the changes were first announced was an “unintended consequence” of Enbridge’s proposal, Canadian Natural Vice Chair Steve Laut said in an interview in Calgary. The beneficiaries would have been refiners at the end of the pipeline.

“Now we’ve got differentials where they should have been all along,” he said. “Enbridge was trying to take some of the dysfunction out of the nomination, apportionment side of the business. I’ve got to give them credit for trying to do that.”

Western Canadian Select trades at a discount to WTI, in part, because it must be transported thousands of miles to U.S. refineries by pipeline or rail. The discount, which narrowed to $13.80 a barrel from $26 on Monday, has since widened to $17.80 a barrel, data compiled by Bloomberg show.

BP, which operates a 413,500 barrel-a-day refinery in Whiting, Indiana, that uses Canadian crude, said that Enbridge’s May 24 notice announcing the new rule was to become effective for the July notice of shipment. The June 4 notice revoking the rule said it would not be implemented for the July notice of shipment but was “unclear” about later months.

“Clear direction from Enbridge on whether the Supply Verification Procedure applies after July 2018 would reduce the risks” on shippers’ businesses and operations created by that uncertainty, BP said in its complaint.