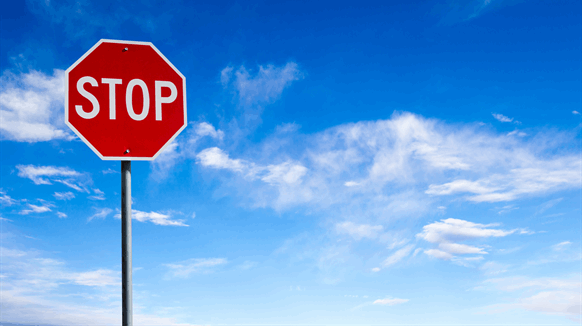 (Bloomberg) -- Regulators halted Enbridge Inc.’s plan to convert Canada’s largest crude pipeline network to contract service, handing a win to oil producers who had argued the change was unfair and would limit their access to the system.

Enbridge must halt an open season that allows companies to bid for space on its Mainline network until all of the terms and conditions of the new firm-service agreement have been approved, the Canada Energy Regulator said in a letter on Friday. The regulator said Friday’s ruling was separate and distinct from any future ruling on whether the company would ultimately be allowed to offer contracted service on the system.

The decision throws into doubt whether Enbridge will be able to lock customers on the Mainline into contracts for as long as 20 years, a dramatic shift from the current system in which space on the system is allocated on a monthly basis. While Enbridge has said the change would give shippers certainty, producers including Suncor Energy Inc. and MEG Energy Corp. have said the revamp represented an abuse of market power at a time of constrained pipeline capacity out of western Canada.

“The commission has concerns regarding the fairness of Enbridge’s open season process and the perception of abuse of Enbridge’s market power,” the CER said in the letter. “Shippers have few alternative transportation options at this time.”

Enbridge plans to proceed with converting the Mainline to a contract system and will file an application with the regulator seeking approval of the switch “as soon as practical.”

The ruling “does not change our plans to respond to the desires of our customers for priority access to Mainline capacity, toll certainty and access to the best markets that contract carriage offers,” Guy Jarvis, Enbridge’s executive vice president for liquids pipelines, said in a statement.

The company has said the proposal was the result of 18 months of discussions with a wide variety of shippers and that it represents the best compromise of all of their competing views. Enbridge argued that regulators needed to let the open season continue so they could have commercial data to factor into their decision on whether to approve the tolling change. The plan also calls for 10% of the Mainline’s space to be kept open for spot shipments.

The debate takes on heightened importance because of the lack of options the oil-sands industry has for getting its crude to market. Major projects like TC Energy Corp.’s Keystone XL, Enbridge’s Line 3 expansion and the Trans Mountain expansion have faced years of delays. That has weighed on Canadian heavy crude prices and last year prompted Alberta’s government to introduce production limits.

Some producers have said they want more clarity on those major pipeline projects before committing to decades of shipments on the Mainline. The change also could mean that a relatively few large refiners in the U.S. will gain control of a large portion of the Mainline, according to Mike Walls, an analyst at Genscape Inc.

To contact the editors responsible for this story:
Simon Casey at scasey4@bloomberg.net
Carlos Caminada, Joe Ryan