EIA: US Shale Output To Rise To Record 7.18MMpd In June 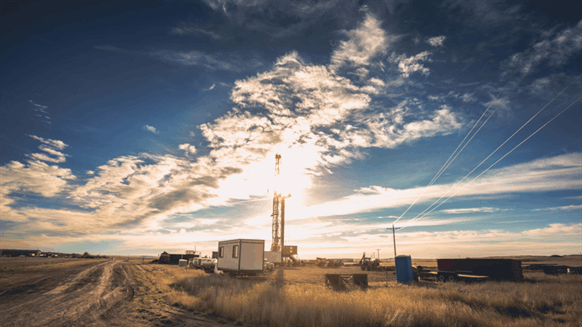 US shale production is expected to rise by about 145,000 barrels per day.

NEW YORK, May 14 (Reuters) - U.S. shale production is expected to rise by about 145,000 barrels per day to a record 7.18 million bpd in June, the U.S. Energy Information Administration said on Monday.

A majority of the increase is expected to come from the Permian basin, the biggest U.S. oil patch, where output is expected to climb 78,000 bpd to a fresh record of 3.28 million bpd, the EIA said in its monthly drilling productivity report.

Soaring Permian crude production has already outpaced pipeline takeaway capacity, depressing prices in the region and leaving traders scrambling for alternatives to get crude to market.

Meanwhile, U.S. natural gas production was projected to increase to a record 68.1 billion cubic feet per day (bcfd) in June. That would be up almost 1.1 bcfd over the May forecast and would be the fifth monthly increase in a row.

The EIA projected gas output would increase in all of the big shale basins in June.

Output in the Appalachia region, the biggest shale gas play, was set to rise almost 0.4 bcfd to a record high of 28.1 bcfd in June. Production in Appalachia was 23.5 bcfd in the same month a year ago.

EIA said producers drilled 1,297 wells and completed 1,242 in the biggest shale basins in April, leaving total drilled but uncompleted wells up 55 at a record high 7,677, according to data going back to December 2013.