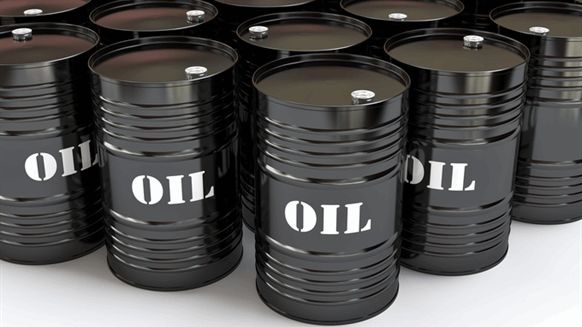 US crude oil production shattered a 47-year output record in November and retreated slightly in December, the US Energy Department said.

November's figure exceeded the 10.044 million barrels produced daily in November 1970. Output has surged in the last several years due to the shale boom, pushing the United States past Saudi Arabia among top producers. Only Russia now has greater daily oil output.

The new record probably will not last. The U.S. government forecasts production will hit 11 million barrels per day later this year.

"We’ve got a lot more oil to produce and we'll be through that 11 million barrel-per-day threshold much sooner than expected," said Phillip Streible, senior market strategist at RJO Futures in Chicago.

The gains are primarily due to rising production in shale regions in Texas and North Dakota. Output there ramped up sharply at the beginning of the decade as new techniques involving hydraulic fracturing, or fracking, allowed drillers to extract vast quantities of crude from oil fields.

The increase in crude output has cut U.S. oil imports by a fifth over a decade, and boosted energy exports.

Soaring U.S. production kept a lid on oil prices this year, even though the Organization of the Petroleum Exporting Countries and Russia have reduced output.

In December, production pulled back after three consecutive increases, according to the EIA. The decline was driven by offshore Gulf of Mexico output, which dropped by 131,000 bpd in the month. Four Gulf of Mexico platforms were shuttered throughout the month after a fire.

The EIA said total crude oil and products demand in December was 20.08 million bpd, up about 0.5 percent from 19.98 million bpd a year earlier and down about 1 percent from the previous month.

Americans consumed 0.01 percent less gasoline in 2017 than they did in the prior year, EIA data showed, marking the first year-to-year decrease since 2012.

U.S. natural gas production in the lower 48 states rose to a monthly all-time high of 87.1 billion cubic feet per day in December, from the prior record of 86.4 bcfd in November, the EIA said.