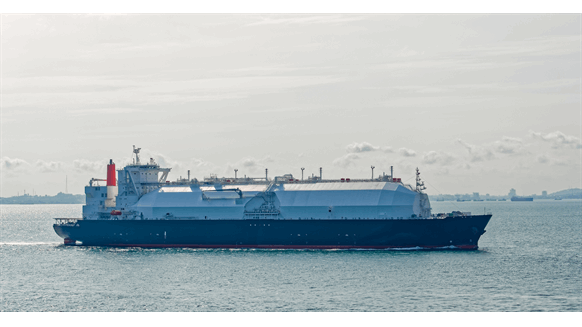 The country canceled several LNG tenders in 2019 because the prices that it received didn't even match the cost of production.

(Bloomberg) -- Egypt is planning to reduce the number of spot liquefied natural gas cargoes it offers and to negotiate long-term sales deals with customers instead, because of plummeting prices.

The country will target a price of $5 per million British thermal units for long-term gas sales deals and the government is already in talks with international partners to achieve this, Egypt’s oil minister Tarek el-Molla said in an interview Tuesday on the sidelines of the World Economic Forum’s 50th annual meeting in Davos. The plan is for the deals to last for about one year to 18 months, after which time they’ll be renewed.

Last year, after canceling some tenders, Egypt offered about 80 spot LNG cargoes for sale. In 2020, this will fall further “because they’re not giving us the value that we want.” The country will focus on negotiating long-term gas sales contracts instead.

“We canceled several LNG tenders last year because the prices that we received don’t even match the cost of production,” El-Molla said. “This year will be even more challenging if we continue seeing the drop in prices.”