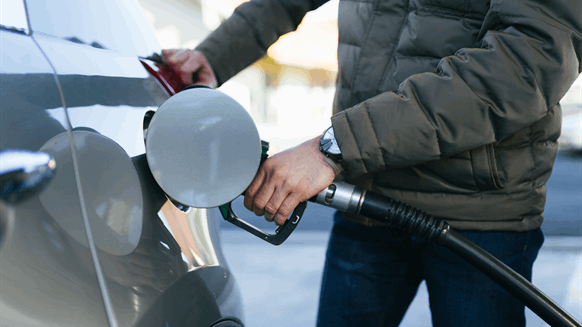 U.S. East Coast pump prices are shrugging off the loss of the biggest refinery in the region, while drivers west of Pennsylvania are getting hit.

(Bloomberg) -- U.S. East Coast pump prices are shrugging off the loss of the biggest refinery in the region, while drivers west of Pennsylvania are getting hit.

The boost in retail gasoline predicted for the Northeast following the June explosion at Philadelphia Energy Solutions’ refinery hasn’t materialized. That’s because a wide open arbitrage to import European fuel attracted a plethora of tankers, causing a backlog in New York. There was also speculation that the loss of the refinery would affect Midwest prices, where fuel is received from Philadelphia via pipeline, but the culprit behind the price surge in the region turned out to be taxes, rather than supply constraints.

"Suppliers do not seem to be concerned about future shortages," said Tamra Johnson, a spokeswoman for auto club AAA.

Illinois and Ohio boosted gas taxes by 19 cents and 10.5 cents per gallon, respectively, at the start of the month. Illinois pump prices surpassed $3 per gallon in the four weeks since the accident, rising 33 cents to $3.11 per gallon Thursday, according to data compiled by AAA. Similar boosts were seen in Ohio and Indiana, the data showed. Yet, in Pennsylvania gasoline failed to top $3 per gallon, rising 10 cents to $2.94 in the last month.

Retail gasoline in the Midwest usually tends to fluctuate rapidly on quick changes in supply and reflects less stability than other parts of the U.S., and right now the Midwest as Friday marks four weeks since the blast, said Patrick DeHaan, gasoline analyst at GasBuddy.

"It will be either on a strong up cycle or a strong down cycle,” DeHaan said. “If you put it on a graph, it would look just like a sawtooth."

Retail increases were less severe in New York, New Jersey and Connecticut than those seen in the Midwest, AAA data showed.

The increase in cargoes “has helped to keep prices stable amid less robust demand,” AAA’s Johnson said. “This perhaps is the result of an oversupply being pushed to the region in response to the Philadelphia Energy Solutions announcement.”

Gasoline shipments from the Gulf Coast on the Colonial Pipeline eventually could also alleviate any regional shortages, Johnson said.

Although coastal price increases have been limited, some more isolated communities are seeing a spike. Drivers were particularly hard hit in Altoona, Pennsylvania, with the pump prices rising 18 cents to $2.83 per gallon, according to AAA. Buckeye Pipeline, which moves fuel east to west across the state has proposed two-way flow at Altoona so Midwest gasoline can reach central Pennsylvania, but refiners and retailers in the state are objecting.

To contact the reporter on this story:
Jeffrey Bair in Houston at jbair4@bloomberg.net

To contact the editors responsible for this story:
David Marino at dmarino4@bloomberg.net
Mike Jeffers, Jessica Summers