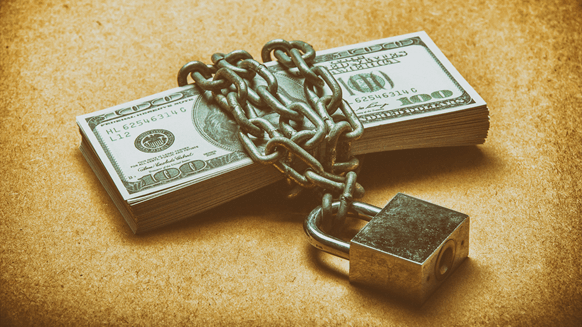 The world's biggest oil companies have been saying that by keeping a tight rein on spending today, they'll be fortified against the next crude-price collapse.

(Bloomberg) -- For more than a year, the world’s biggest oil companies have been saying that by keeping a tight rein on spending today, they’ll be fortified against the next crude-price collapse. What they didn’t expect was for that caution to pay off so soon.

Oil has entered into a bear market, falling for 12 straight days as of Tuesday. As usual, it’s brought giant oil companies down with it, with shares in both Royal Dutch Shell Plc and BP Plc trading in London dropping to their lowest level since April on Wednesday.

This looks a bit like a repeat of 2014, when crude prices unexpectedly collapsed and stayed low, forcing companies to endure major financial losses. Except, it’s a lot different. The world’s biggest oil companies have undertaken broad efforts to strengthen their balance sheets, in preparation for the next bear market. That work will now be put to the test.

“Higher volatility means they will continue to review if their economics work in a more bearish environment,” said Christyan Malek, head of the European, Middle East and Africa oil and gas research desk at JPMorgan Chase & Co. “It will probably create paralysis around project sanctioning and continued discipline around capex, which is a good thing.”

Company Break-even Price (Per Barrel) Who Said What BP $46 CFO Brian Gilvary, Q3 earnings call: “We continue to expect 2018 organic free cash flow break-even to be around $50 per barrel. Beyond this, we expect the oil price break-even to steadily reduce to around $35 to $40 per barrel by 2021.” Total $55 CFO Patrick de la Chevardiere, 2018 investor day: “By 2014, we needed a Brent well above $100 per barrel to cover CapEx and dividend. By 2017, we cut that down to about $50 per barrel, which is about where we are this year.” Shell $58 CFO Jessica Uhl, Q3 earnings call: “Vito is a great example of projects at break-even prices below $40. The next suite of projects will continue to have the same level expectations around break-even prices.” Equinor $48 U.S. country Manager Hans Hegge, Q2 earnings call: “We are on track with the break-even of $50.” Eni $59 CFO Massimo Mondazzi, Q1 earnings call: “What I could say that nowadays, when we decide to take an FID and to commit ourselves for a new project, definitely, our aim is to take our overall cash break-even at $30; even lower than $30.” Repsol $55 CEO Josu Jon Imaz San Miguel, Q4 2017 earnings call: “We have reduced our group’s free cash flow break-even to around $40 per barrel by the end of 2017.”

The critical number to look at is company break-evens, or where oil prices must be for projects to be profitable. Shell Chief Financial Officer Jessica Uhl said on Nov. 1 that new projects must make money with crude at $40 a barrel. BP and Total SA said their break-evens were about $50 a barrel, while the British oil major’s CFO said that could fall to $35 by 2021.

All of those levels are at or well below where Brent is current trading -- about $66 a barrel. But it also leaves less room to maneuver. Companies need their extra cash flow to cover capital expenditures, reduce debt and reward shareholders for sticking with them through the last downturn.

BP in particular is banking on the extra money it’s pulling in from a crude rally earlier this year. CFO Brian Gilvary said in October that he was so confident in firming oil prices that the company would pay for a $10.5 billion acquisition of shale assets from BHP Billiton Ltd. entirely in cash. Initially, BP was to pay for half with equity.

Crude prices have dropped more than 13 percent since he said that on Oct. 30. Earlier this week Chief Executive Officer Bob Dudley said on Bloomberg TV that he still isn’t worried about the purchase or about completing a $5 billion to $6 billion divestment program associated with it. Eni SpA and Total also should stay focused on discipline, according to Malek, because they have “less competitive cash flows.”

Fatih Birol, boss of the International Energy Agency said Tuesday in an interview that things could always turn around, and that there was more volatility in oil prices than he’d ever seen, mostly due to political events in Saudi Arabia, the U.S. and Iran. He warned that short-term moves could mask a potential supply crunch in the 2020s, suggesting oil’s fall may only be a blip.

“At this level we probably should be fine, for now, but the risks are there, absolutely,” said Marija Veitmane, a senior multiasset strategist at State Street Bank & Trust Co. on Bloomberg TV. “I find it quite ironic; it’s probably not longer than a month ago we were talking about oil prices going to $100.”