Down In Saudi Amnesia, They're Partying Like It's 2008: Gadfly 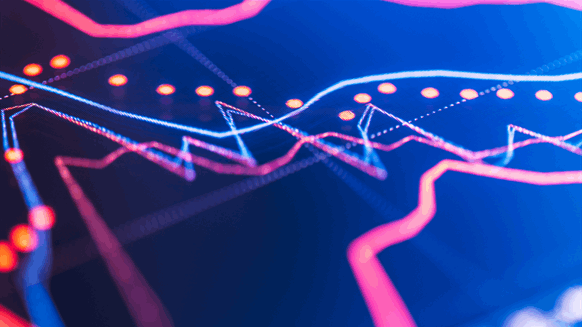 It's startling how quickly the lessons of 2008, or indeed the last price crash of 2014, are being ignored.

(Bloomberg Gadfly) -- Is this really 2018? It started to sound a lot like 2008 in Saudi Arabia on Friday, as the kingdom's oil minister argued that the world could tolerate a higher crude price.

"I haven't seen any impact on demand with current prices," Khalid Al-Falih told reporters at the meeting of OPEC and non-OPEC producers in Jeddah. Arguing that the energy intensity of global economic growth hadn't declined, he offered the view that "there is the capacity for higher prices."

President Trump certainly didn't appreciate the sentiment, firing off a tweet that accused OPEC of promoting "artificially high prices" which "will not be accepted."

Yet setting aside Trump's unique approach to geopolitics, the Saudi comments are indeed troubling. They are an eerie echo of comments made almost exactly a decade earlier by a former OPEC grandee: Libya's Shukri Ghanem. The world economy "has not reached the tipping point where it can't accept higher prices," Ghanem said back in April 2008.

Little did he realize just how close that tipping point was. West Texas Intermediate crude, which had touched a record $116.97 a barrel the previous day, continued to climb for another 3 months as OPEC insisted it didn't need to raise production. But then the collapse came, and it was quite a crash. After trading above $145 a barrel in the first half of July, WTI was below $40 by the end of the year.

Of course, oil prices are nowhere near as high as a decade ago. But it's startling how quickly the lessons of 2008, or indeed the last price crash of 2014, are being ignored -- even if they're unlikely to have been forgotten.

When OPEC met in May, oil ministers were talking quite casually about $50 a barrel as a good price for crude. By the time of the December meeting, several were suggesting that a "fair" price for oil was $70 a barrel and at least one put it higher. Now that OPEC's basket of crudes has reached that $70 level, the target appears to have mysteriously moved upwards again. This is mission creep, OPEC-style.

Global demand does indeed seem remarkably robust. OPEC sees it increasing by 1.6 million barrels a day this year. If that happens, it would be the first time since the early 1970s where we've had four consecutive years of oil demand growing by more than 1.5 million barrels a day.

While higher crude prices would naturally be expected to boost spirits in the oil-dependent economies of the Middle East and elsewhere, they may have a chilling effect elsewhere. The growth of U.S. gasoline demand has already started to slow after pump prices rose late last year, and prices are still heading up.

If crude reaches $80 a barrel by the middle of the summer driving season, those gasoline prices could be pressing $3.30 a gallon. Al-Falih might not have seen any demand impact yet, but that could change very quickly -- especially with Trump on the rampage.

Not everyone was as sanguine as Mr Ghanem a decade ago. OPEC's then Secretary General Abdalla el-Badri sounded a warning a couple of months later. High prices were "not a bonanza" for OPEC because they had the potential to "destroy everything" by curbing oil demand, the chief revenue-generator for most of his group's members. Al-Falih and his boss Mohammed bin Salman, would do well to remember his words.

This column does not necessarily reflect the opinion of Bloomberg LP and its owners.

Julian Lee is an oil strategist for Bloomberg. Previously he worked as a senior analyst at the Centre for Global Energy Studies.

To contact the author of this story: Julian Lee in London at jlee1627@bloomberg.net.

To contact the editor responsible for this story: James Boxell at jboxell@bloomberg.net.

Glenn Ellis  |  April 24, 2018
WE as the domestic industry need to be like the little creamery in Brenhem Tx. EAT ALL WE CAN AT HOME & SELL THE REST. Crank the Shale production.......DRILL BABY DRILL. EXPORT THE EXCESS. LET THEM CHOKE ON IT !!!
John Hoop  |  April 23, 2018
Mr. Lee is referencing the wrong year. It was 4Q/2014, not 2008, which had the most bearing on the oil price fluctuations. In 2014 US oil production from shale sky-rocketed creating an over supply. Every shale driller, especially their investors, wanted a fast return on investment. To make matters worse, those same drillers thumbed their noses at the Saudi's as US oil daily production approached Saudi's production. Bad move. They wrongly assumed that the Saudi's and OPEC would reduce production to keep the oil price at $80/bbl. But many OPEC members were very happy with their income and refused to reduce production to "help" the Americans. In the end OPEC decided that the US shale drillers needed to curb their production so they flooded the market, driving prices down to $25/bbl. This hurt all the OPEC economies and killed the US shale drilling programs. It took several years for the OPEC oil ministers to recognize that their revenge on the US shale drillers hurt their economies just as badly, if not worse. What's amazing, but not surprising, is OPEC has done a great job policing themselves to keep production under control even as US oil production has climbed back. Of course, Russia and Iran are ecstatic as their economies are heavily dependent on oil revenues. You didn't hear much from Putin in 2105 when the oil price was low.