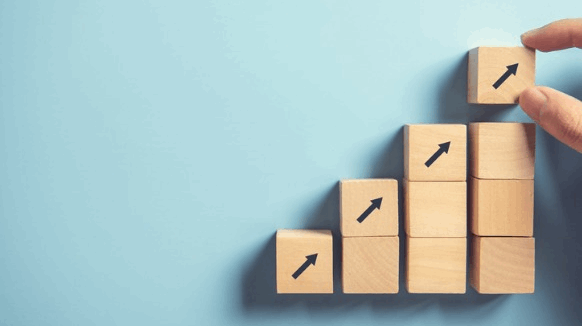 (Bloomberg) -- Devon Energy Corp. agreed to acquire WPX Energy Inc. in a $2.56 billion all-stock deal, creating one of the largest independent U.S. shale producers and answering investor calls for consolidation at a time of crisis for the sector.

The transaction, which includes a deal premium of about 2.6%, will see Devon shareholders own approximately 57 percent of the combined entity, the companies said Monday in a statement. Devon’s stock jumped 13% in pre-market trading.

The combination will create one of the biggest independent shale producers in the country, tying together two companies with sizable operations in the hottest part of the prolific Permian Basin, which straddles West Texas and southeastern New Mexico.

U.S. shale company shareholders, frustrated after years of poor returns and missed targets, have long called for the industry to consolidate in order to cut costs, and some have advocated for low- to no-premium deals, just to get them across the finish line. The plunge in oil prices this year, which has left much of the industry unprofitable, has only added to the impetus for mergers and takeouts, particularly in the Permian, where scores of producers operate side by side.

“This deal makes strategic sense as Devon and WPX have proximate positions in the state line area of the Delaware Basin,” Leo Mariani, an Austin-based analyst at KeyBanc Capital Markets Inc., wrote in a note after the merger talks were reported by the Wall Street Journal over the weekend. The Delaware is a sub-basin of the Permian that has some of the lowest breakeven costs in the country. “Devon also has a stronger balance sheet than WPX, which would allow WPX shareholders to better weather the current oil price downturn,” he said.

The merger will see the enlarged company retain the Devon name. It will be led by Rick Muncrief, Tulsa-based WPX’s current chief executive officer. Oklahoma City-based Devon also plans to initiate a so-called fixed-plus variable dividend, which comprises quarterly payout of 11 cents a share and the distribution of up to 50% of the remaining free cash flow. The takeover is expected to close in the first quarter of next year.

“Bringing together our asset bases will drive immediate synergies and enable the combined company to accelerate free cash flow growth and return of capital to shareholders,” Devon CEO Dave Hager said in the statement.

The merger comes after Chevron Corp. agreed to buy Noble Energy Inc. in July for about $5 billion, though that deal wasn’t just about Chevron acquiring additional U.S. shale assets but sizable natural gas operations in the Eastern Mediterranean as well. A Devon-WPX combination is also the most significant transaction between two independent U.S. producers since WPX bought private equity-backed Felix Energy in March.

“The environment could be ripe for further industry consolidation given the importance of scale as companies shift their focus toward” generating free cash flow and improving their balance sheets, Arun Jayaram, an analyst at JPMorgan Chase & Co., wrote earlier this month in a note to investors.

WPX was cited as an attractive takeover target by Neal Dingmann, an analyst at Truist, in a note to investors last week. Dingmann boosted his rating on the stock to a buy from a hold on the expectation that WPX would see better free cash flow through the next couple of years.

A deal with WPX would also address Devon’s exposure to federal acreage, according to Gabe Sorbara, an analyst at Siebert Williams Shank & Co. LLC. That’s particularly important just a month out from the U.S. presidential election, with Democratic nominee Joe Biden vowing to ban all new fracking on federal lands if he wins.

Devon and WPX both have significant operations in the Delaware sub-basin. Much of the Delaware, however, is located within lands owned by the federal government, and Devon has been fielding analyst questions for months about the potential impact of a Biden presidency. WPX has a smaller percentage of its acreage on federal lands, Sorbara said.