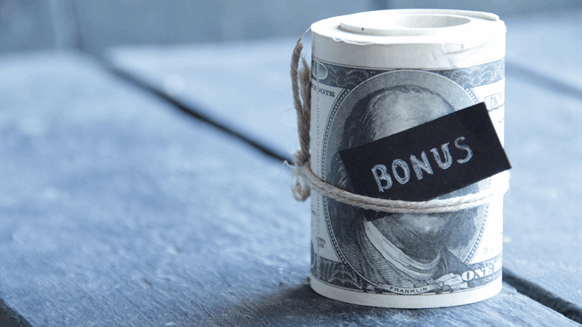 Devon told its 1,600 employees on Tuesday that workers below the vice president level will be getting the unexpected cash.

In the latest sign that boom times are back for the U.S. oil patch, Devon told its 1,600 employees on Tuesday that workers below the vice president level will be getting the unexpected cash, CEO Rick Muncrief said in an interview. The bonuses are a reward for successfully integrating with WPX Energy Inc. after the companies agreed to merge last year, Muncrief said.

“It was a significant bonus, just to show gratitude for how hard people have worked, the sacrifices and those sort of things to help us,” Muncrief said. “I can tell you, the attitude around here is sky-high right now.”

Devon, one of the biggest U.S. shale explorers, has the best performing stock in the S&P 500 Index this year, as its shares are up around 185% in 2021 compared with a 25% rise in the broad market gauge. The Oklahoma City-based company isn’t alone. U.S. oil explorers are making more money than at any time since the shale revolution began over a decade ago, largely through moderating production and shaving debt. However, worker wages have generally lagged those gains as investors push producers to return more profits to shareholders.

Devon and Tulsa, Oklahoma-based WPX announced their deal in September 2020, and in January said they had completed what the release called a “merger of equals.” The timing was ideal, as the pandemic started to ease and demand for energy returned. WTI oil futures are up around 48% in 2021.