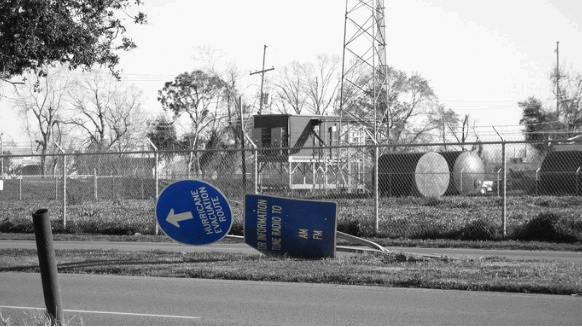 (Bloomberg) -- For six weeks, residents of the tiny bayou town of Cameron, Louisiana, have been plucking their wind-tossed belongings from swamps, ripping out soggy dry wall and attempting to piece their lives back together after being bowled over by Hurricane Laura.

Now, with the waterfront town still in ruins, another storm is approaching.

Hurricane Delta, which grew into a major Category 3 storm Thursday, is forecast to hit nearly the same spot as Laura. For Cameron, which sits 3 feet above sea level and has a population of 400, it would be a devastating one-two punch.

“Debris is still everywhere,” said Tressie Smith, a Cameron native who lost her home and the seafood restaurant she owns in Laura. She’s evacuating to the Houston area to avoid Delta, forecast to make landfall Friday.

Laura’s destruction has left the region -- a hub for the oil, petrochemical and liquefied natural gas industries -- fully exposed. Many people in Cameron and nearby Lake Charles work at refineries or on shrimping boats or offshore platforms. If the forecasts are right, they’ll soon be facing the rare and unfortunate fate of fending off one hurricane while still recovering from another. As of late Friday, Delta wasn’t forecast to be as strong as Laura, but even a weak storm can do more damage than usual when hitting so soon after another.

Cameron’s plight is a glimpse of what may come for millions who live along U.S. coastlines as climate change brings about more and increasingly powerful storms. A warmer-than-normal Atlantic and decreased wind shear have combined to spawn 25 named storms this year, the second most after 2005 when deadly Hurricane Katrina inundated New Orleans. Delta will be the record 10th tropical storm or hurricane to hit the U.S. in a year.

“Lake Charles is still very much on its knees,” said Jim Serra, a long-time resident.

Entergy Corp., which owns the local utility, didn’t fully restore power to the region until Oct. 1. On Wednesday, workers in Lake Charles were picking up debris and downed trees that have lined the streets since Laura so that they don’t become projectiles during Delta.

Thousands of residents are living in temporary housing, including trailers and tents, after their homes were destroyed in Laura. Others are living in homes with tarps covering massive holes in their roofs.

“We simply can’t handle the direct hit of another major hurricane without exponential impacts on life and property,” Serra said. “Not this soon.”