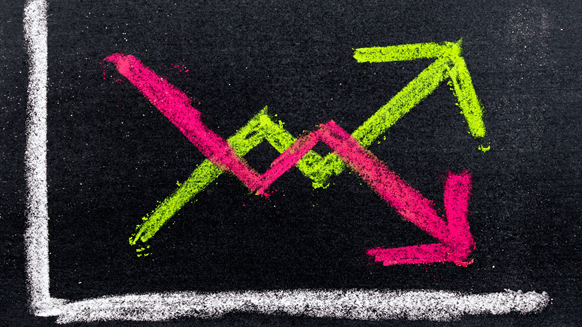 Oil closed a volatile day back in negative territory.

(Bloomberg) -- Oil closed a volatile day back in negative territory, weighed down by uncertainty over OPEC’s appetite for curbing output as the rising dollar and renewed trade tensions diminished crude’s appeal.

Futures settled down 0.1 percent on Tuesday in New York after dipping close to a 13-month low earlier in the session. Crucial supply and demand questions will come to the fore at a pair of key gatherings over the next two weeks: the Group of 20 meeting in Argentina and an Organization of Petroleum Exporting Countries event in Vienna.

“Oil traders are very nervous right now,” said Phil Flynn, senior market analyst at Price Futures Group. “The market’s been beat up so bad and the big question is can we hold $50? We are definitely in a downtrend.”

U.S. President Donald Trump added to fears about slackening demand, saying in a Wall Street Journal interview that he’ll likely go ahead with plans to increase tariffs on $200 billion of Chinese goods if negotiations with Chinese leader Xi Jinping fail to produce a trade deal.

“In this trading environment where all the moves that we see are exacerbated, the idea that the oil market has found a bottom doesn’t seem to be taking hold yet," said Gene McGillian, senior analyst and broker at Tradition Energy in Stamford, Connecticut.

America’s unexpected sanctions waivers for Iranian oil, record Saudi output and rising trade tensions have sent crude into a bear market. While Saudi Arabia wants a production cut to support prices, the market is abuzz with talk that Crown Prince Mohammed Bin Salman may not be able to defy Trump’s calls for lower prices, especially after the White House supported the Saudi price following the killing of Jamal Khashoggi.

West Texas Intermediate crude for January settled down 7 cents to $51.56 a barrel on the New York Mercantile Exchange. Earlier in the session, losses extended to 2.6 percent, bringing the contract within 20 cents of the 13-month low touched on Monday.

Brent for January settlement sank 27 cents to $60.21 on London’s ICE Futures Europe exchange. The global benchmark traded at an $8.65 premium to WTI.

The Bloomberg Dollar Spot Index gained as much as 0.3 percent on Tuesday, weighing on investors’ appetite for commodities priced in the greenback.

Meanwhile, crude stockpiles in the U.S. probably rose by 700,000 barrels last week, according to the median estimate in a Bloomberg survey. The industry-backed American Petroleum Institute is scheduled to announce its tally of stockpiles on Tuesday, with official numbers from the U.S. Energy Department due on Wednesday.

Other oil-market news Gasoline futures fell 1.5 percent to $1.4208 a gallon. Thirty-one of 36 analysts and traders in a global poll predicted that the coalition of producers led by OPEC and Russia will announce output curbs at their meeting next week. The average estimate for the size of the cut was 1.1 million barrels a day. Kuwait’s oil minister said it’s too early to talk about output cuts, though OPEC and its allies will work to ensure market stability. With prices tumbling, U.S. oil producers are teetering on the edge of more financial stress, according to a  Boston Consulting Group study.