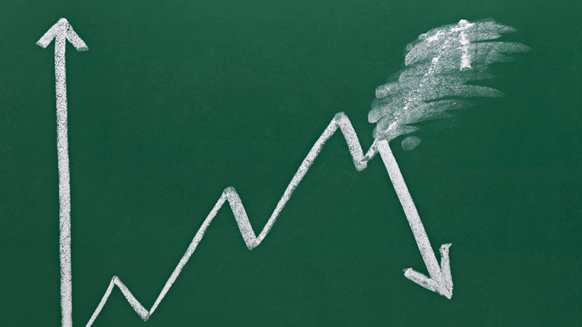 Futures declined 1.2 percent on Tuesday in New York as China vowed to “forcefully” retaliate after U.S. President Donald Trump threatened tariffs on $200 billion in Chinese imports. The gloom spread to equity markets as well, with almost two-thirds of the stocks in S&P 500 Index trading down. Meanwhile, Saudi Arabia and Russia are pushing 22 other major oil-producing nations to relax production limits when the group convenes later this week.

“The market is in a holding pattern awaiting OPEC decisions and tethered very closely to the stock market, which is crumbling,” said Thomas Finlon, director of Energy Analytics Group LLC in Wellington, Florida.

This week’s gathering of the Organization of Petroleum Exporting Countries and allied oil producers in Vienna may be one of the most contentious in recent memory. Russian Energy Minister Alexander Novak is advocating a 1.5 million-barrel increase in collective daily output, while Iran, Iraq and Venezuela argue it’s too soon to back away from the historic caps that helped erode a worldwide glut.

A measure of oil market volatility climbed to the highest level in three weeks.

West Texas Intermediate crude for July delivery, which expires on Wednesday, slid 78 cents to settle at $65.07 a barrel on the New York Mercantile Exchange. The more active August contract closed at $64.90 a barrel.

Brent futures for August settlement declined 26 cents to end the session at $75.08 on the London-based ICE Futures Europe exchange. Brent’s premium to WTI for the same month was at $10.18.

In remarks in Washington on Tuesday, Trump signaled skepticism that talks with China will end the disagreement. Trump on Monday evening ordered up identification of $200 billion in Chinese imports for additional tariffs of 10 percent -- with another $200 billion after that if Beijing retaliates.

“We seem to be taking a hit again from the ante being raised in the U.S.-China trade war,” said John Kilduff, a partner at New York-based hedge fund Again Capital LLC. “And then of course the looming OPEC meeting: Russia’s reiterated that they are looking for a big increase.”

The industry-funded American Petroleum Institute will release its weekly tally of inventories later on Tuesday.