Covid-19 is the Elephant in the Room 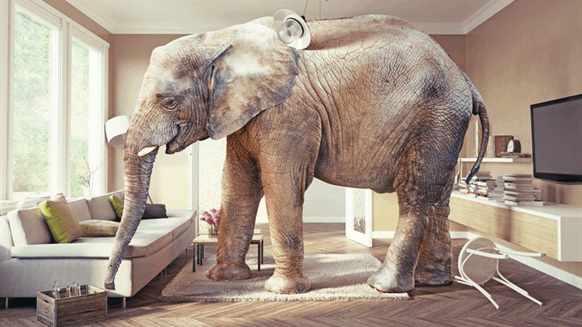 Covid-19 is the elephant in the room and the U.S. death toll passing the milestone of 150,000 has spread concern to every kind of market.

Covid-19 is the elephant in the room and the U.S. death toll passing the milestone of 150,000 has spread concern to every kind of market, including commodities.

That’s according to Rystad Energy’s head of oil markets, Bjornar Tonhaugen, who added that traders that have been “brushing away” reports of new infections have now started to acknowledge that the danger to oil demand’s recovery is “very real”.

“Such a clear case of oil prices moving opposite to the direction that the day’s news would normally command is really a sober reminder of the fragile market we are in nowadays,” Tonhaugen said in a statement sent to Rigzone on Thursday.

“Not even a 10 million+ barrel draw in U.S. inventories of crude was enough to push prices higher,” he added.

According to Tonhaugen, Rystad Energy expects expect to see larger moves in oil prices next week, when the Brent future contract rolls over into trading October delivery and the extent of higher OPEC+ production volumes becomes “more visible to the market”.

“The production that is coming back will create a new global surplus of oil, which will be added to the existing stocks, driving them to even higher levels in the next four months,” Tonhaugen stated.

“Since some of the extra oil that the market will get is traditionally sent to the U.S., keeping an eye at its imports and vessel commissioning will give volumes of hints of how already stretched stocks will be affected in the country,” he added.

“As the first business day of August is a Monday, it is quite interesting to see how the price will close tomorrow, ahead of a weekend, and if the bearish sentiment this week will erase even more gains on anticipation of the extra OPEC output,” Tonhaugen continued.