ConocoPhillips to Ramp Up Oil Production 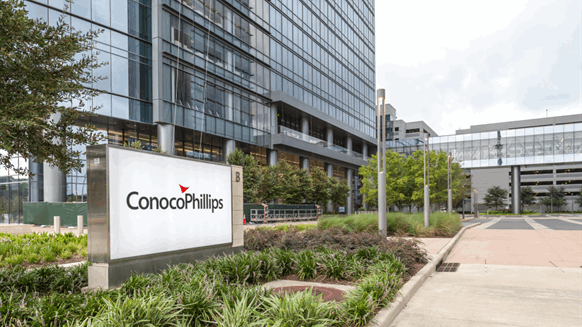 ConocoPhillips said it will begin restoring curtailed oil production in July as crude prices rebound from their lockdown depths.

(Bloomberg) -- ConocoPhillips said it will begin restoring curtailed oil production in July as crude prices rebound from their lockdown depths.

The company will bring back output in Alaska and other states next month, with Canadian production coming back in the third quarter. “Given ongoing variability and uncertainty in the outlook for production curtailments, the company will continue to suspend forward-looking guidance and sensitivities,” Conoco said in a statement Tuesday.

Conoco is the latest oil driller to turn on the taps after a pandemic-fueled collapse in crude prices spurred an unprecedented halt to significant portions of output. Earlier this month, Continental Resources Inc. said it would bring back a portion of its curtailed production in July, joining the ranks of restorationists that include Parsley Energy Inc. and EOG Resources Inc.

West Texas Intermediate crude futures have more than doubled in the past two months and were hovering around $39 a barrel on Tuesday. In late April, they plunged into negative territory for the first time in history.

Conoco said it will pump the equivalent of 960,000 to 980,000 barrels a day during the quarter that ends on Tuesday, excluding Libyan output, down from 1.3 million barrels during the first quarter.