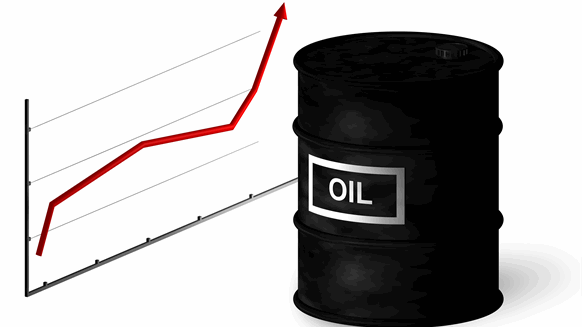 The new targets are a bullish bet that oil prices, which have surged more than 15 percent since January, are not likely to drop in the near future, helping Conoco exploit its lucrative shale acreage around the United States.

Houston-based ConocoPhillips, the world's largest independent oil and gas producer, is one of the first major U.S. oil producers to report earnings for the second quarter. Its shares were up 0.3 percent at $71.74 on Thursday afternoon.

ConocoPhillips forecast capital spending of $6 billion this year, reflecting growing expenses from a higher U.S. oil price of $65 per barrel. It had initially budgeted $5.5 billion for 2018 capital expenditures and said the additional spending would be on well completions, work with production partners, and inflation.

"We're executing our operating plan and remain committed to our disciplined approach to the business," Chief Executive Ryan Lance said in a statement.

Excluding one-time items, ConocoPhillips earned $1.09 per share, edging past analysts' average estimate of $1.08 per share, according to Thomson Reuters I/B/E/S.

Conoco said it realized an average price of $54.32 per barrel of oil equivalent in the three months ended June 30, from $36.08 a year earlier.

Higher prices also are lifting its cash generation. Cash flow from operations will run between $11.5 billion and $12 billion this year with U.S. crude prices at $65 a barrel, finance chief Don Willette told analysts on a conference call. That is up from an earlier estimate of about $7 billion at $50 a barrel.

"The market hasn't yet fully appreciated the cash-generating capability of our assets," he said.

Higher crude prices are driving cost inflation and U.S. tariffs on imported steel also are "a fairly significant item for us," Alan Hirshberg, executive vice president for production, drilling and projects, said on the same call.