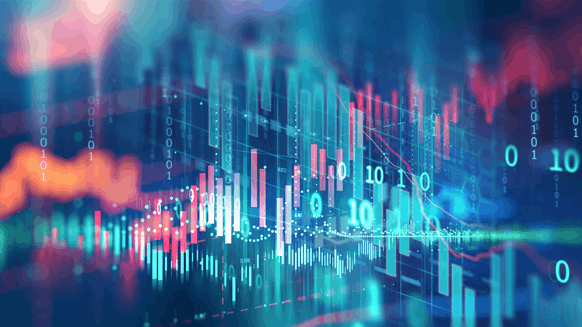 With margins narrowing in the oilpatch, some of the world's biggest trading houses are diving into LNG.

Trading houses have embraced the opportunity. Trafigura has signed deals for storage in Singapore and Vitol is looking to develop an LNG terminal in Sardinia and infrastructure in South Korea. Both these companies and Gunvor have also committed to LNG by signing long-term supply contracts.

They’re harnessing a boom in demand in places that are far from pipelines, especially Southeast Asia, Africa and the Caribbean. Europe also is absorbing more LNG to diversify its imports away from Russia. The advantage is that buyers can start taking cargoes without building a major link costing billions of dollars that crosses national borders. While buyers still need an terminal to turn LNG back into gas, that comes at a fraction of the cost of a dedicated pipeline.

“It’s a general trend, not for Trafigura and Vitol, but for everyone -- gas is going to have an increased share in energy,” said Bart Riemens, head of gas trading at the Swiss utility Axpo Group. “LNG is the fastest growing commodity, secondary only to renewables.”

While the commodity traders have bought and sold LNG for years, their increasing stakes in the industry’s infrastructure gives them an edge in the market, according to Rob Butler, a senior associate at the law firm Baker Botts LLP, which has been involved in more than 150 large LNG deals.

“If you have infrastructure assets within your portfolio, then it gives you a stronger platform to trade off, an ability to create markets for your product and an increased opportunity to take advantage of any trading opportunities,” Butler said. “We come across the trading houses a lot more frequently on the projects and transactions that we work on.”

In addition to bringing financial clout, those companies also apply professional skills in trading that’s helping attract more customers. By buying from producers and selling to energy consumers, those institutions are bringing fresh liquidity to the market that makes it easier to arrange deals. They’re also introducing swap arrangements and contract structures that allow both sides to hedge risks -- something that’s common in the oil business.

“Trading houses are looking at ways to diversify away from mature and low-growth markets like crude oil,” said Rosario Sgarioto, head of LNG trading at Socar Trading SA, an arm of the Azerbaijani oil producer that last year opened an LNG desk and has a gas-to-power project in Malta. “This is no longer just a trading game.”

Another potential advantage LNG has: each deal is smaller and requires less capital to complete. One LNG cargo is worth about $30 million to $50 million, depending on the prevailing market price and size of the vessel. Oil cargoes by contrast range from $50 million to $100 million for the largest vessels, said Dumitru Dediu, a partner at McKinsey Energy Insights.

The traders are also helping LNG develop as a spot market, giving new buyers without long-term supply arrangements confidence they can get hold of cargoes when needed. There were more than 1,400 spot cargoes delivered in 2018, triple the amount eight years ago. That increased the share of spot trade to almost a third of total deliveries, according to Shell’s LNG Outlook report. Long-term contracts are also becoming more flexible, removing once rigid rules fixing a destination for cargoes.

“It’s quite a good development,” said Mark Gyetvay, deputy chairman of Novatek PJSC, the Russian company that made Russia a major LNG exporter since the start of its Yamal LNG plant in the Arctic region in December 2017. “LNG was always sold point to point. Now you have a middle man coming in that’s willing to accept risk and increase liquidity.”

For many, a move into LNG is a longer term bet that pollution rules will continue to tighten, favoring cleaner fuels.

“The energy transformation is for us, in the short term, a real driver of gas and LNG,’’ said Alex Beard, head of oil at Glencore, the world’s biggest publicly traded commodity trader. “The increase in tradeable volumes of LNG is substantial, and that’s an area we have to become heavily involved in.’’

To contact the authors of this story: Anna Shiryaevskaya in London at ashiryaevska@bloomberg.net Andy Hoffman in Geneva at ahoffman31@bloomberg.net