Chinese Tariffs on LNG, Oil May Hit US Bid for Energy Dominance 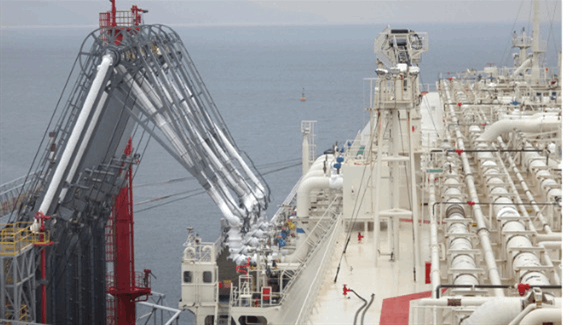 China had curtailed its imports of U.S. LNG over the last two months.

U.S. LNG "producers will try to move to other locations," said Dominick Chirichella, director of risk management, trading and advisory services at EMI DTN in New York, noting there will likely be a "big push" to places like Europe and Japan.

"It's tough to say whether that would offset the loss of LNG from China, so until producers get reorganized, it could slow down some of the exports," he said.

Tony Dyson  |  August 06, 2018
LNG infrastructure is both costly and long lead time. Two aspects that increase the financial risk to participants to such a level that some of the speculative investors are certain to get burnt.
Dong  |  August 06, 2018
The China and Philippines will explore the west Philippine seas in a recent news with a 60:40 sharing. This will be a great opportunity for the Philippines to tap its natural gas and provide the cleanest energy source to China apart from US...Philippine President made a remarkable foreign policy aligning directly with China as the market and not with the US as businessman...