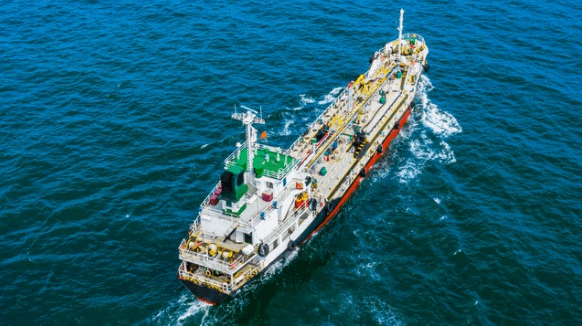 The vessels are waiting longer to offload their cargoes amid a lack of onshore storage space.

(Bloomberg) -- The cluster of oil tankers off China’s coast is growing and the vessels are waiting longer to offload their cargoes amid a lack of onshore storage space after a buying spree earlier this year.

The number of oil-laden tankers parked in Chinese waters has swelled since the start of the month with almost 200 ships expected over the course of June, according to vessel-tracking information compiled by Bloomberg and data intelligence firm Kpler. Crude imports surged to a record in May as demand rebounded after the easing of lockdown restrictions.

The congestion illustrates the explosion in purchases by Chinese refiners as the country re-opened after shutting down to contain the coronavirus. The rush for cheap crude is overwhelming port infrastructure and storage amid an influx of cargoes from the Middle East, Latin America, Russia and West Africa.

China’s oil demand rebounded rapidly from the demand destruction wrought by the outbreak, but there are concerns about a possible second wave of infections after new cases emerged in Beijing. However, Chinese crude imports are expected to expand further this month, with Kpler estimating overseas shipments could reach more than 14 million barrels a day. That would be a jump of over 20% from the record set in May.

At least 32 vessels are sitting off the coast, up from around two dozen earlier in the month, with one ship that arrived in May set to take more than four weeks to discharge its full cargo due to limited tank space. That compares with a typical pre-virus wait time of around five days for a ship to offload.

Almost half of the waiting tankers are Very-Large Crude Carriers, while the rest are smaller Aframaxes and Suezmaxes. Vessels have arrived at ports including Qingdao, Rizhao, Yantai, Tianjin and Yingkou, according to ship-tracking data and broker reports.

The VLCC New Journey, which loaded Angolan oil in mid-April, arrived around May 19 off Shandong, the home to most of China’s independent refiners. It could only discharge about half of its 1.9-million barrel cargo at Rizhao on June 2 because of limited storage space before heading back to its anchorage, according to refinery officials with direct knowledge of the matter. The rest of the crude will be offloaded at a different terminal later this month, they said.

Stockpiles at seven ports in Shandong province were at almost 48 million barrels as of June 12, the highest level in four months. Inventories fell about 10% through the week ended June 19.

Processing rates by Shandong’s independent refiners, known as teapots, surged to a record earlier this month, rising strongly after hitting a low in February due to virus-driven lockdowns. China’s crude inventories are expected to gain by 440 million barrels during the first half of this year, the most ever for any country during a six-month period, according IHS Markit.

While most of the inbound crude is for refiners, a portion has been purchased by traders which last month sought to take advantage of the premium of Chinese crude futures to the global benchmark Brent, according to commodities researcher ICIS. The oil is delivered into storage monitored by the Shanghai International Energy Exchange, allowing traders to offset their short positions and bank a profit, said Li Li, an analyst at ICIS.

At its peak, the mark-to-market profit was $7 a barrel in May, but the spread has since flipped to a loss of $2, making the trade no longer attractive, said Li, adding that less buying from traders will help to ease congestion next month.

--With assistance from Ann Koh.

To contact the reporter on this story:
Alfred Cang in Singapore at acang@bloomberg.net

To contact the editors responsible for this story:
Alexander Kwiatkowski at akwiatkowsk2@bloomberg.net
Ben Sharples, Andrew Janes