China to Buy $52B of Additional US Energy Products 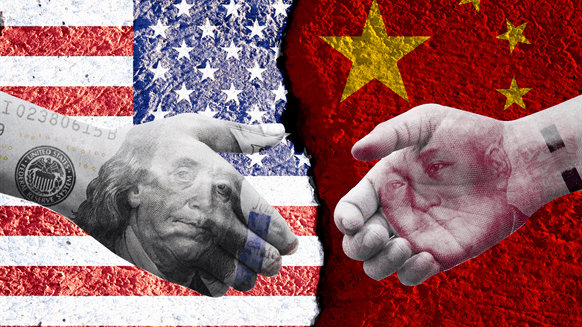 The purchases over two years will include liquefied natural gas, crude oil, refined products and coal, the U.S. government said Wednesday in Washington. It didn’t provide additional details on the energy purchases, which comprise about a quarter of the $200 billion total of extra imports that China has committed to.

The accord is a promising sign for the U.S. LNG industry, which is facing a global market awash with excess supply. China, the world’s fastest-growing buyer of the heating and power-plant fuel, hasn’t imported any American cargoes since February 2019.

Though shipments of shale gas from American export terminals completed in the past three years have made the U.S. one of the world’s top suppliers, some newer projects have stalled without Chinese purchasers. The struggle to sign long-term sales contracts has undermined efforts to secure financing for the multibillion-dollar facilities.

“The phase one agreement between the United States and China is a step in the right direction that will hopefully restore the burgeoning U.S. LNG trade with China,” Jack Fusco, chief executive officer of U.S. exporter Cheniere Energy Inc. and one of the business leaders present at the signing ceremony at the White House, said in a statement.

U.S. oil exports to China have also slumped because of the trade war. China skipped crude purchases from the U.S. for six months through November, according to data from the U.S. Census Bureau.

Despite losing its top customer, U.S. oil exports have remained steady as shipments to other locations including the U.K., Europe and South Korea edge higher. Late last year, U.S. exports even touched a record 4.5 million barrels a day.

While China has tapered off its imports of American crude, the Asian nation hasn’t moved away from its dependence on foreign oil. China imported 10.16 million barrels a day last year, according to customs figures released Tuesday, topping the 10.12 million the U.S. bought at its importing peak in 2005.

--With assistance from Stephen Voss.