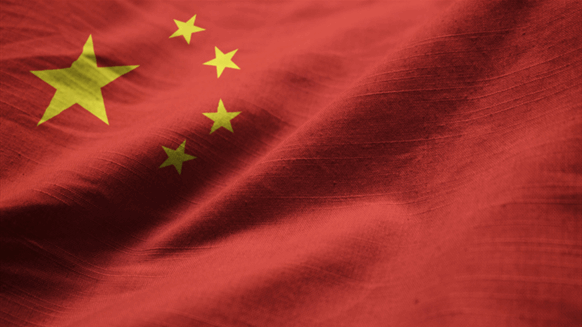 China announced the creation of its long-planned national oil and gas pipeline company.

(Bloomberg) -- China announced the creation of its long-planned national oil and gas pipeline company, officially kicking off one of its biggest energy revamps aimed at helping supply keep pace with swelling demand.

The move marks a “key step” in China’s efforts to deepen reforms of its oil and gas sector, the official Xinhua News Agency said Monday.

The government will merge the networks operated by its three state-owned giants under a single company, an important step toward removing barriers that have hampered domestic production, and which dovetails with efforts to use more gas instead of coal.

A main development to watch is the valuation of assets, said Neil Beveridge, an analyst at Sanford C. Bernstein & Co. It may take six to nine months for that detail to emerge, based on a similar reform of telecom carriers in 2015 that created China Tower Corp., Beveridge said.

The pipeline company’s creation has been considered since at least 2014 and is part of President Xi Jinping’s drive to streamline industrial capacity among state-owned enterprises. The government is seeking to spur wider natural gas distribution and upstream exploration by shifting ownership from competing producers into a single operator, which can make decisions based on overall national energy needs.

The reform is also designed to help smaller private or foreign firms, which have found access to infrastructure blocked or prohibitively expensive. With the assets stripped from the hands of the big three state firms, other companies can gain access and move supply to where it’s needed.

The plan follows other Chinese reforms aimed at a more level playing field for private and state-owned enterprises. As well, the nation has been accelerating the overhaul of its energy sector in recent years, including changes to its gas pricing policy and merging power giants.

Policy makers have also embarked on a campaign targeting pollution, replacing coal with gas for industrial and residential uses. That’s boosted demand for the cleaner-burning fuel faster than pipelines can support it, giving China added urgency to push forward the latest reform.

The change will mainly affect PetroChina Co., the listed unit of CNPC, which controls about 70% of the nation’s networks. Its shares in Hong Kong sank to their lowest since 2004 last week amid concern the company’s earnings and cash flow would be diluted as it loses one of its most prized assets. The stock rose as much as 2.8% Monday following a gain in oil prices last week.

CNPC may take a 30% stake in the pipeline company, while Sinopec holds 20% and CNOOC 10%, Economic Information Daily and 21st Century Business Herald reported. SASAC will own the remaining 40%, they said, citing unidentified sources.

Zhang Wei, general manager of CNPC, will likely be appointed as chairman of the pipeline company, according to local media.

--With assistance from Ramsey Al-Rikabi, Jing Yang and Aaron Clark.

To contact the editors responsible for this story:
Ramsey Al-Rikabi at ralrikabi@bloomberg.net
Jason Rogers