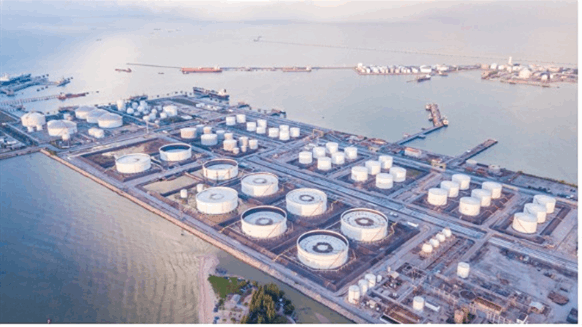 China's next five-year plan beginning in 2021 will call for increases to its mammoth state reserves of crude, strategic metals and farm goods, said officials familiar with the discussions.

(Bloomberg) -- China’s next five-year plan beginning in 2021 will call for increases to its mammoth state reserves of crude, strategic metals and farm goods, said officials familiar with the discussions.

Beijing is keen to heed the lessons of the coronavirus crisis and deteriorating relations with the U.S. and its allies, according to the officials, who participated in the drafting of the plan. That means ensuring the nation’s secretive stockpiles, almost certainly among the world’s largest, are plentiful enough to withstand supply disruptions that could cripple its economy, the officials said, asking not to be identified because the matter is sensitive.

China’s top leadership will next month lay out its strategy for 2021-2025 that will include ramping up domestic consumption and making more critical technology at home, in a bid to insulate the world’s second-biggest economy from worsening geopolitical tensions and fraying supply chains. Securing food supplies, fuel and materials is a precondition of greater self-reliance for the world’s biggest importer of commodities.

Assuaging China’s anxieties over energy and food security in particular will be a focus of the new buying program, the officials said.

The quantities of commodities held by the National Food and Strategic Reserves Administration aren’t made public, and it doesn’t report on its purchases, although details occasionally surface. Last month, Bloomberg News reported it had drawn up plans to buy 2,000 tons of cobalt after the pandemic highlighted fragility around supplies of the strategic mineral that’s used in electric vehicle batteries.

A fax seeking comment from the National Development and Reform Commission wasn’t answered. The NDRC is the nation’s top economic planning agency and oversees the reserves administration.

Earlier this year, the agency bought cheap oil after the market’s epic crash. And in years past, it has purchased metals like copper to shore up domestic producers in times of stress. Such is China’s heft in commodities markets, prices can rise significantly on just rumors that the state stockpiler might be a buyer.

Brent crude and the oil contract traded in Shanghai rose Thursday. Chinese metals and agriculture shares also gained, with Chongyi Zhangyuan Tungsten Co. rising by a limit-up 10%, and China Tungsten And Hightech Materials Co. adding as much as 5.8%.

The reserves administration has reported on the sale of some stockpiles, like pork, which it has periodically released to cool a domestic market afflicted by African Swine Fever.

China has begun to prepare and build some of the storage capacity it’ll need under the program to boost reserves, according to two of the officials. The plan includes a directive to accelerate construction of more facilities to hold crude, particularly in remote inland regions, they said. Bloomberg News reported in April that the government had set a target of holding oil stockpiles equivalent to 90 days of net imports, which could eventually be expanded to as much as 180 days when including commercial reserves.

--With assistance from Martin Ritchie.