China Oil Use Seen Peaking in 2025 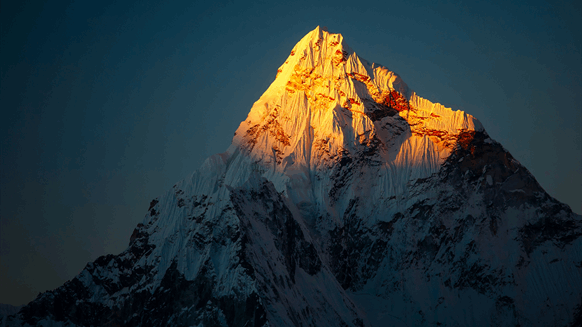 The country that's driven global oil demand since the turn of the century may hit the brakes sooner than expected.

(Bloomberg) -- The country that’s driven global oil demand since the turn of the century may hit the brakes sooner than expected as travelers shift toward electric cars or even forgo the open road in favor of trains.

China’s oil consumption will peak in 2025, five to eight years earlier than market consensus, according to Morgan Stanley analysts including Andy Meng. The reversal will be driven by a transportation model unique to China: While most countries moving up the economic ladder show continued growth in oil demand from increased driving, mass-adoption of electric vehicles and high-speed rail in China will drastically reduce gasoline use, the bank said.

If the theory plays out, it could signal a huge shift for the oil market, which has relied on China for more than a third of global demand growth since 1999. An expanding body of research is painting a bleak future for oil, as rapid adoption of electric vehicles could mean global demand peaks by the 2030s, according to Bank of America Corp. and Royal Dutch Shell Plc, a prospect that’s likely to worry energy executives and investors.

“China will no longer be the growth driver of global crude demand,” Meng said in a March 5 report. “We believe the refiners and petroleum stations are the largest potential losers, while the battery companies are likely to become the key winners.”

To be sure, some of the industry’s top prognosticators expect the country’s oil demand to keep growing for years, albeit at a slower pace. The International Energy Agency sees China crude consumption expanding through 2040, while the nation’s largest energy producer China National Petroleum Corp. has forecast that gasoline use will peak five years before oil demand does in 2030.

China’s electric vehicle penetration will reach 6.4 percent by the end of the decade and keep rising to 80 percent by 2040, according to Morgan Stanley, adding that an aggressive push by local battery companies into technology innovation may speed up that timeline.

Meanwhile the country is seeing solid growth in high-speed rail ridership, driven by a well-developed network and severe traffic congestion. Highways’ share of passenger turnover fell to 27 percent last year from 55 percent in 2012. In the U.S., the figure was 87 percent last year, according to Morgan Stanley.

Electric vehicles and high-speed rail are “a disruptive force on China oil demand,” the analysts said. “This pattern has been ignored by most investors in developed markets as there is no such experience from any precedent.”

Rudolf Huber  |  March 09, 2019
Electric cars and trains will not be the only dampeners on oil growth in China. They won't even be the most important ones. It is increasingly becoming clear that China's economic miracle is sputtering and the country goes through a Japan style adjustment period. In China, the adjustment will be way more violent and much more painful. In Japan, not everything is Keiretsu. Compared to china, Japan is an economically very free and liberated country. Companies can fail and there is the self-cleaning mechanism tool of bankruptcy that keeps things sane. No such thing exists for the state sector in China which dominates the economy massively. Pull out state dominated enterprise of the Chinese economy and you would be surprised how little remains. Its fitting to speak of China Inc. And in such top-heavy, bureaucratic structures, mistakes never get corrected They get covered up. This is exactly the reason why oil use will go back. The successive cover-ups have made a mockery of Chinese economic indicators. Wait for the dip.