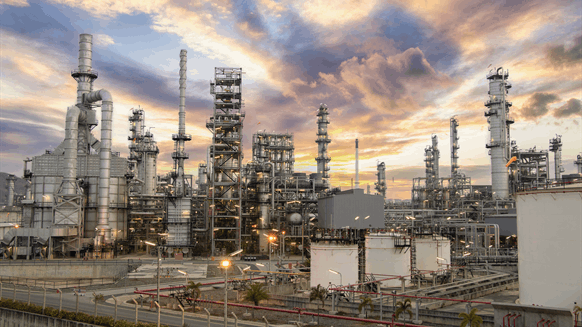 China's oil refining slumped to the lowest level in 14-months as private processors scaled back operations amid a crackdown by authorities.

(Bloomberg) -- China’s oil refining slumped to the lowest level in 14-months as private processors scaled back operations amid a crackdown by authorities.

Daily crude processing fell below 14 million barrels a day last month for the first time, and to the least since May 2020, according to Bloomberg calculations based on government figures released on Monday. The independents trimmed refining rates by 8% in July from a month earlier, data from OilChem show.

China has rolled out reforms across the private sector this year in a bid to curb pollution and close tax loopholes. Known as teapots, the independents account for a quarter of the nation’s overall processing capacity, with many complexes operated by companies that have expanded from industries such as textiles.

Beijing last week issued teapots with the smallest crude import quota since the sector was allowed to directly buy oil for their refineries in 2015. A combined quota of 4.42 million tons was allocated in a third batch this year, according industry consultant SCI99.

Daily processing may fall even further in August. China is battling to contain a Covid-19 resurgence due to the fast-spreading delta variant and some state-run oil plants have scaled back operations in response to easing fuel demand. Consumption is estimated to have dipped 30% from July 20 to Aug. 6, compared with earlier in July, according to local consultant JLC.