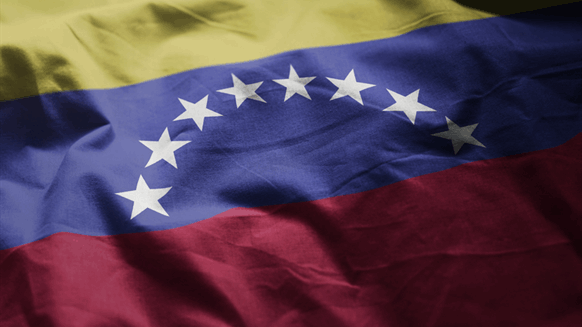 The extension is the first granted since Trump fired former National Security Advisor John Bolton, who was seen as a vocal opponent of granting exceptions for U.S. companies doing business in Venezuela. Perhaps tellingly, Monday’s waiver was granted four days ahead of expiration, compared with a gap of just hours last time around.

Chevron’s joint ventures in the country are with Petroleos de Venezuela SA, the national oil company and the lifeblood of President Nicolas Maduro’s regime. There’s a desire within parts of the U.S. government to maintain some level of American presence in Venezuela’s oil industry in the event of a political transition. The U.S. and dozens of other countries recognize National Assembly President Juan Guaido as the nation’s rightful leader.

“It looks like they’ve convinced the Trump administration that this is something that needs to be done every 90 days,” said Muhammed Ghulam, a Houston-based analyst at Raymond James & Associates. “I don’t see much lobbying now on the other side of the issue.”

While Venezuela only accounted for 1% of Chevron’s global crude production last year, it remains strategically important as home to the world’s largest oil reserves. In recent months, Chevron made the case to the Trump administration that if it were to leave, its Venezuelan assets could easily be turned over to another operator with little effect on overall production. That could mean the state, or even Russian or Chinese interests, would benefit.

“This seems again like a compromise between hardliners who wanted maximum pressure and pragmatists who believed that not renewing the license would not lead to regime change and just open spaces for the Russians to fill,” said Francisco Monaldi, a lecturer in energy economics at Rice University’s Baker Institute for Public Policy. “It seems pragmatism is prevailing.”

Venezuela’s crude exports have been crippled by U.S. sanctions, falling to a 70-year low of 495,000 barrels a day in September, according to ship-tracking data compiled by Bloomberg. The policy’s apparent success is another reason why removing Chevron wouldn’t have much effect on the Maduro regime, according to Monaldi.

“Sanctions have been so effective in reducing sales that producing more is not necessarily going to help” Maduro, he said.

Chevron’s near-century of operations in Venezuela included the crucial discovery of the Boscan field in the 1940s. The California-based driller has outlasted many other oil companies, including Exxon Mobil Corp., which left after a series of industry nationalizations during Hugo Chavez’s time as president.

As it stands now, the U.S. oil service companies have no desire to broaden beyond the tiny presence they’re maintaining in Venezuela, J. David Anderson, an analyst at Barclays, wrote in an email. But the extension of the U.S. waiver allowing them to remain is ultimately helpful.

“It’s important to keep a toehold in the country in the event of a change of government down the road,” Anderson wrote. “If the government does change, it will be a massive opportunity for major oil companies and they will need all the help they can get” for service providers.

Venezuela’s oil output has fallen from a high of 3.7 million barrels a day in 1970 to less than 700,000 today, according to data compiled by Bloomberg.

To contact the editors responsible for this story:
Simon Casey at scasey4@bloomberg.net
Joe Carroll, Mike Jeffers

Eduardo Barreto  |  October 24, 2019
Los Venezolanos que vivimos la crisis actualmente en Venezuela,necesitamos a las Empresas Petroleras Estadounidenses,que permanezcan Produciendo en nuestro pais,Yo personalmente confío en ellas.NO QUEREMOS A LOS RUSOS,NI A LOS CHINOS,OCUPANDO ESOS ESPACIOS.
Samuel Kabenla Donkor  |  October 22, 2019
I have most of the requirements and qualify for most of the positions for offshore jobs, so can't permit to work in that country be avoided because I wouldn't stay in the country after my rotation.
Ed Simonis  |  October 22, 2019
When millions of innocent people suffer due to economic sanctions, who is the ethical culprit, the people or the sanctioning entity ?