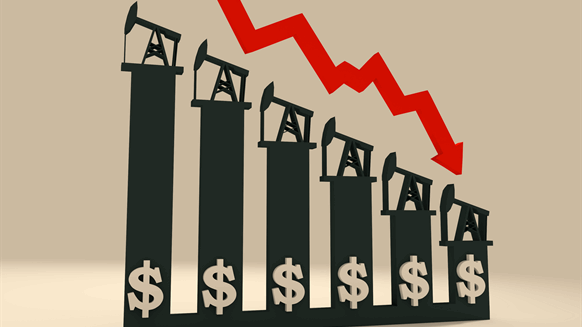 Most of the fourth-quarter loss stemmed from $10.4 billion in previously announced impairments.

(Bloomberg) -- Chevron Corp. posted its biggest loss in a decade after it wrote down the value of North American natural gas fields and returns plunged from overseas refining and oil production.

Most of the fourth-quarter loss stemmed from $10.4 billion in previously announced impairments. Profit from the company’s international downstream and upstream divisions also sank.

Chevron Chief Executive Officer Mike Wirth is differentiating the oil explorer from some of its biggest rivals by funding heftier shareholder payouts and buybacks with cash rather than borrowed money.

Royal Dutch Shell Plc rowed back on buyback plans and Exxon is facing another quarter of resorting to debt or asset sales to cover dividends.

Investors are keenly interested in whether the expansion of one of Chevron’s marquee fields in Central Asia will face additional cost increases.

Chevron fell as much as 1.4% in pre-market trading in New York.

Kevin Crowley in Houston at kcrowley1@bloomberg.net