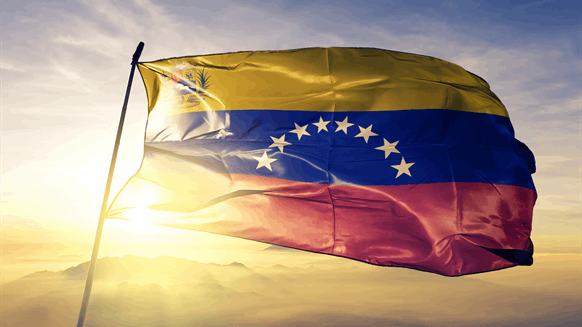 The US is increasing pressure on Nicolas Maduro's regime as the country reels from Covid-19 and the lowest oil prices in a generation.

(Bloomberg) -- Chevron Corp. will be forced to effectively wind down its operations in Venezuela, dealing the Maduro regime’s crumbling oil industry another blow as U.S. President Donald Trump maneuvers for regime change in the Latin American nation.

The U.S. Treasury Department will no longer allow the company to drill wells, sell and buy crude oil or oil products or transport them, according to the Office of Foreign Assets Control. Chevron is authorized to ensure the integrity of operations and assets in Venezuela through Dec. 1. The decision also affects four U.S. oilfield service providers: Halliburton Co., Schlumberger Ltd., Baker Hughes Co. and Weatherford International Plc.

“Chevron will continue to comply with applicable laws and regulations in relation to the activities that it is authorized to undertake in Venezuela,” the company said in a statement. “We remain committed to the integrity of our joint venture assets, the safety and wellbeing of our employees and their families, and the company’s social and humanitarian programs during these challenging times.”

The Trump administration is ratcheting up pressure on Nicolas Maduro’s regime as the country reels from the Covid-19 pandemic and the lowest oil prices in a generation. The decision appears to curry favor with anti-Maduro parts of the administration while still maintaining some level of American presence in Venezuela’s oil industry in the event of a political transition.

The new license essentially freezes U.S. companies’ activities in the country, Fernando Ferreira, a director of geopolitical risk at Rapidan Energy, said in a report. Ferreira estimates the country’s daily production has dropped by 500,000 barrels since mid-March.

While Venezuela accounts for only about 1% of Chevron’s global crude production, it remains strategically important given the nation’s vast untapped reserves. Proponents of Chevron’s position argued that withdrawing would cede market share and influence to Russian and Chinese companies.

Production at Chevron and state-owned PDVSA’s Petropiar joint venture was down 58% in mid-March to 50,000 barrels a day, from 120,000 in January.

Chevron is the last remaining major U.S. explorer in the country. Rivals Exxon Mobil Corp. and ConocoPhillips exited a decade ago after then-President Hugo Chavez seized control of their assets.

--With assistance from Fabiola Zerpa, David Wethe and Aaron Clark.

To contact the editors responsible for this story:
Simon Casey at scasey4@bloomberg.net
David Marino, Carlos Caminada