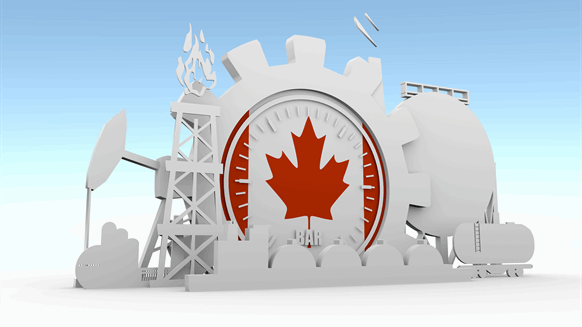 Chevron is seeking approval to modify its plans for a LNG export facility on Canada's Pacific Coast to an all-electric design.

(Bloomberg) -- Chevron Corp. is seeking approval to modify its plans for a liquefied natural gas export facility on Canada’s Pacific Coast to an all-electric design that it says will result in the lowest greenhouse-gas emissions per ton of LNG of any large project in the world.

Chevron and its partner Woodside Petroleum Ltd. earlier this year had announced they’d applied to expand the capacity of their LNG project in Kitimat, British Columbia, by as much as 80% to 18 million metric tons a year.

That triggered a new federal screening of the project that’s expected to “commence shortly,” according to a July 8 letter filed by Chevron to the provincial environmental assessment office. As part of the fresh round of approvals sought, the project is proposing to become an “all-electric plant” powered by hydroelectricity, allowing expanded capacity without the corresponding increase in emissions of a traditional LNG facility, the letter said.

LNG is created by cooling gas to minus 260 degrees Fahrenheit (minus 127 degrees Celsius) in an energy-intensive process typically powered by burning natural gas. Kitimat LNG instead proposes electric motor drives totaling 700 megawatts to run all liquefaction, utility compressors, pumps and fans with hydropower bought from the provincial utility, according to its revised project description dated July 8. It will have backup diesel power generators onsite for emergencies.

The proposed plant “will achieve the lowest emissions intensity of any large-scale LNG facility in the world,” according to the project description. Kitimat LNG will produce less than 0.1 ton of carbon dioxide equivalent for every ton of LNG compared with a global average of more than 0.3 ton of CO2 equivalent, according to the document.

Chevron and Woodside expect to make a final investment decision in 2022 to 2023 with production starting by 2029, according to the project description. The revised proposal may trigger the need for a federal environmental assessment, according to the document.

To contact the reporter on this story:
Natalie Obiko Pearson in Vancouver at npearson7@bloomberg.net

To contact the editors responsible for this story:
David Scanlan at dscanlan@bloomberg.net
Christine Buurma, Carlos Caminada