CEO: Maersk Drilling Strong Enough To Stand On Its Own After Listing 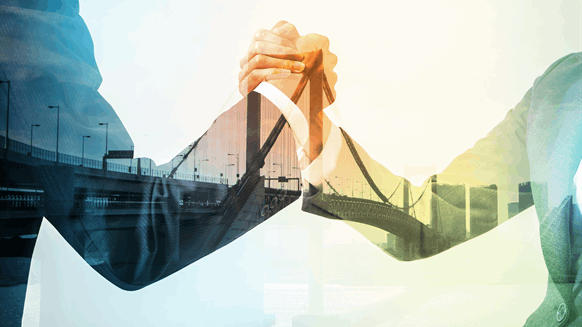 Drilling rig contractor Maersk Drilling will provide strong competition for its peers when it spins off from the AP Moller-Maersk conglomerate next year.

STAVANGER, Norway, Aug 28 (Reuters) - Drilling rig contractor Maersk Drilling will provide strong competition for its peers when it is spun off from the A.P. Moller-Maersk conglomerate next year, its chief executive said on Tuesday.

A.P. Moller-Maersk said on Aug. 17 it would spin off its offshore drilling operation and list it in Copenhagen next year, the latest move by the Danish shipping company to focus entirely on transport and logistics.

"We will be able to compete with the rest of the crowd," he said.

News of the listing came after the conglomerate tried to find a buyer for the unit, whose competitors include Transocean , Seadrill and Odjfell Drilling.

Madsen reiterated on Tuesday that Maersk had "looked at various options" but did not provide further details about the process.

"At the end of the day, it gives shareholders an opportunity to be a part of a potential (rig market) recovery... I'm very happy about the decision myself," he said.

Maersk has not publicly put a price tag on the drilling division, but analysts have previously valued it at around $4.8 billion.

Maersk Drilling reported a 2 percent increase in second-quarter EBITDA to $159 million, as sales grew around 5 percent in the quarter to $366 million.

An outright sale of Maersk Drilling has been made difficult by oversupply in the drilling rig market, which has yet to recover despite a rebound in oil prices.

Maersk Drilling fleet utilisation rates stood at around 61 percent for floating rigs and 71 percent for jack-up rigs, below levels of around 85 percent which historically gave rig owners the power to increase rates.

"Our customers are talking about longer drilling programmes and that is normally an indication that something is on the rise," Madsen said, adding that the market consensus was for rates in the drilling industry to rise towards 2020.

However, he said he expected the industry's business model to change in the future, moving away from dayrates to more closer cooperation with its customers.

"I don't think we are going to see that the industry only remains with the dayrate model... We will see more and more oil companies come out and say 'We want to work closer with you as a contractor and we want you to share with us the risk and the upside'," he said.

Madsen said the company currently didn't plan to expand its fleet or change its composition, two-thirds of which are jack-up rigs which drill in shallow waters while the rest are floating rigs.