Canadian Gas Drillers Hone In on Plan for FLNG Project 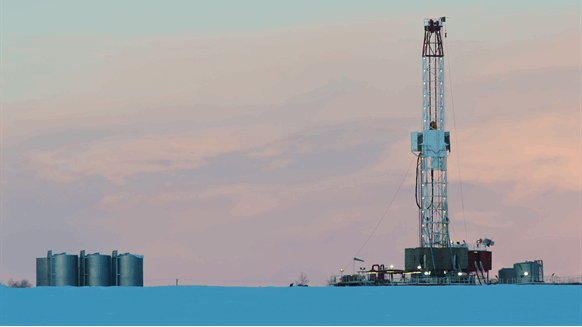 Rockies LNG Partners, a group of Canadian natural gas drillers seeking new markets for their production, is considering building an export project on barges floating off the coast of British Columbia.

(Bloomberg) -- Rockies LNG Partners, a group of Canadian natural gas drillers seeking new markets for their production, is considering building an export project on barges floating off the coast of British Columbia.

While no decisions have been made, the group sees a floating liquefied natural gas facility as a less-expensive option that also would have a “significantly” smaller environmental footprint, Rockies LNG Chief Executive Officer Greg Kist said in an interview. The group is considering projects that could produce roughly 12 million tons per year, which would require three barges, he said.

“In Northern British Columbia, there are limited flat pieces of land, so if you could remove significant cost and impact associated with trying to flatten a piece of land, we think that that’s a much better outcome than land-based facilities,” Kist said. With the liquefaction equipment on barges, the only land-based facilities that would be required are jetty infrastructure, a control room, and living quarters, he said.

Rockies LNG represents producers including Advantage Oil & Gas Ltd. and Peyto Exploration & Development Corp., which banded together to pursue new outlets for their gas as pipeline bottlenecks in Canada and an abundance of supplies from U.S. shale have pushed down local prices for years.

A potential LNG project would take advantage of Canada’s prolific gas supplies and proximity to Asian markets that are using more of the fuel. The facility would follow the $30 billion Royal Dutch Shell Plc-led LNG Canada project on British Columbia’s coast.

The group expects to identify a potential project site in the first quarter of 2020, Kist said. Rockies is maintaining an earlier target of bringing its facility into service in 2026, he said.

The group now consists of nine companies, down from an original 10 after Canbriam Energy Inc. was acquired in June.

The group still is looking to add more producers to its ranks, and it’s in discussions with “a handful of very large LNG players and LNG buyers” about helping fund the project, Kist said. Rockies also is speaking with indigenous communities that would be affected by the project and is “very open” to the possibility of those communities taking a stake in the project, he said.