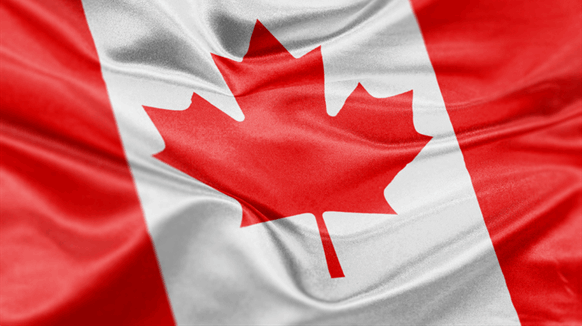 In the oil price war between Saudi Arabia and Russia, the first big victim is likely to be Canada.

(Bloomberg) -- In the oil price war between Saudi Arabia and Russia, the first big victim is likely to be Canada.

Hit by unfettered supply from the world’s top two crude exporters and reduced demand as a result of the coronavirus, the benchmark blend of crude produced from Canada’s oil sands plunged to a record low of $7.47 a barrel on Wednesday. The fallout: Virtually every barrel of oil now produced there will come at a loss at a time when the energy industry generates 10% of Canada’s gross domestic product and a fifth of its exports.

The losses could spur a stark turnaround for a country that boasted one of the strongest economies in the Group of Seven heading into the crisis, and for Alberta, a province that’s long balanced its budget on the back of its oil royalties. The region was already struggling with a pipeline shortage that curbed growth. The latest blow could spark a “domino effect” across governments, said Dinara Millington, vice president of research at the Canadian Energy Research Institute.

“We are probably going to see another wave of layoffs,” Millington said by telephone. “We will see a reduction in terms of how much the producers are paying the government in terms of tax revenue and royalties.” At the same time, she said, the crisis could have ramifications beyond the purely economic, including “social unrest.”

The distance from Alberta’s oil sands to refineries on the U.S. Gulf Coast, with insufficient pipeline infrastructure along the way, forces Canadian producers to sell their crude at a discount to compete with an abundance of shale supplies.

Making matters worse, the Canadians can’t turn production on and off as nimbly as producers in Texas. Certain quirks of oil-sands production limit how much they can throttle back money-losing output without raising the risk of permanent damage to their resources. The situation means Canadian producers may be forced to bleed red ink for weeks or months, depending on how long the price war lasts, before capitulating and shutting in output.

“Most operators will choose to operate at a loss for a few months or a few weeks before making that decision,” according to Mark Oberstoetter, lead analyst for upstream research at Wood Mackenzie Ltd. in Calgary. Meanwhile, “everyone is losing at this price,” he said. “No one is in the black.”

While the Canadian crude benchmark dipped below $8 a barrel, West Texas Intermediate futures in New York fell as much as 26% to $20.06, the lowest since February 2002. Later in the day, Canadian crude rebounded slightly to $9.12, its lowest close ever.

Oil is now cheaper than any time during the global financial crisis, when the world economy largely came to a halt for a few days. Global demand is in free fall, with some traders saying it could drop by more than 10% compared with last year.

For all of its wealth, the Canadian energy industry is sill in recovery mode after the last big oil rout in 2014. Historically conservative Alberta has also been locked in a struggle with Prime Minister Justin Trudeau’s liberal government in Ottawa over carbon taxes and regulations governing pipeline projects and crude-tanker rules, reducing some investors’ confidence in the sector.

The results of those conflicts and crises are grim. Alberta’s unemployment rate has remained above 6% for more than four years and stood at 7.2% in February. The province already was on track to run a C$6.8 billion deficit this year, and that projection was based on U.S. oil prices more than twice their current level and Canadian oil prices five times higher than right now. Even before the latest price plunge, producers had announced plans to cut capital spending by C$2.4 billion ($1.7 billion) to C$3.5 billion.

Canadian Natural Resources Ltd., the country’s largest oil and natural gas producer, had operating costs of C$10.83 a barrel in its thermal in situ operations last year. On Wednesday, the producer said it’s “well positioned through the current global COVID-19 challenges” thanks to long-life reserves that it can sustain at low costs. To weather the current turmoil, it’s slashing this year’s budget by 27% to about C$3 billion.

Cenovus Energy Inc. is in a slightly better position, posting oil-sands operating costs of C$8.15 a barrel last year. But none of these figures include expenses such as royalties and transportation.