Can Libya Sustain Its Oil Comeback? 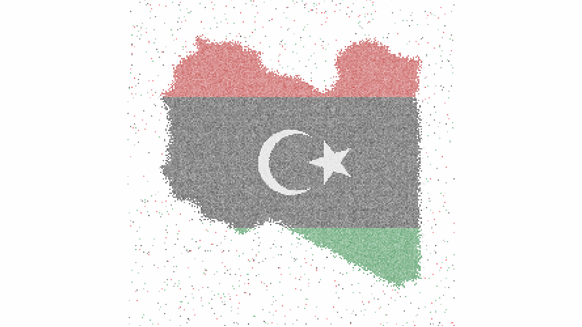 After years of setbacks and false starts, Libya is back in the oil game.

(Bloomberg) -- After years of setbacks and false starts, Libya is back in the oil game. A stalemate between the armed forces battling to control the OPEC nation has led to an uneasy truce, and most fields and ports shuttered amid the fighting are operating once again.

A blockade of many of the country’s energy facilities ended last month, and the state energy firm National Oil Corp. is ramping up production faster than many analysts expected. Output has surpassed half a million barrels a day for the first time since January. Libya’s biggest field, Sharara, has resumed pumping, and seven of its nine export terminals are now open for tankers to load oil. If the truce sticks, production could reach 1 million barrels a day by March, according to JPMorgan Chase & Co.

Whether Libya can sustain and build on the recovery is an open question. The country is still a long way from pumping the 1.2 million barrels a day it supplied prior to the January blockade -- not to mention the 1.8 million that flowed before the 2011 uprising that toppled strongman Moammar Al Qaddafi and triggered almost a decade of strife and lost production.

Repeated efforts to broker a lasting peace between Fayez al-Sarraj’s United Nations-recognized government based in Tripoli and eastern commander Khalifa Haftar have faltered. But on Wednesday, the rivals extended their truce, providing a rare sense of stability for one of the world’s most war-ravaged oil producers.

How much more oil can Libya pump this year?

Libya pumped 80,000 barrels a day in August, the thinnest trickle in nine years. Thanks partly to the resumption at Sharara, it’s now supplying more oil than several of its peers in the Organization of Petroleum Exporting Countries. Sharara in western Libya is pumping 160,000 barrels a day and could reach 300,000 next week, according to a person with knowledge of the situation.

The nearby El Feel, or Elephant, deposit has yet to restart. Because El Feel relies on electricity from its bigger neighbor, the 70,000-barrel-a-day field normally follows Sharara’s operating cycles and is likely to resume soon. The eastern Abu Attifel field, which also can produce 70,000 barrels a day, is set to start pumping next week. Analysts at Bloomberg Intelligence see production reaching 1 million barrels a day by year-end.

Can it sustain the recovery?

Before the shutdowns in January, Libya had ambitious plans to raise output to 1.5 million barrels a day this year and more than 2 million by 2024. Those targets look especially challenging now, given the dilapidated state of the nation’s oil infrastructure.

NOC Chairman Mustafa Sanalla told Bloomberg in June that repairing wellheads alone would cost more than $100 million. The lack of basic, nuts-and-bolts servicing has left pipelines corroding and storage tanks collapsing. The NOC is strapped for the cash it needs for investment, and the collapse in global crude prices amid the coronavirus pandemic isn’t helping. A return to peace will at least enable the company to address its most urgent needs.

Further increases in Libyan production are sure to rattle OPEC and its allies such as Russia and Mexico. In light of the country’s civil war, the OPEC+ coalition exempted it from supply cuts that the group enacted in May to boost oil prices. Crude is still down around 35% this year. While no one in OPEC is calling publicly for Libya to join in the production cuts, barrels from the North African nation are weighing on oil prices just as tighter virus restrictions in many countries sap fuel demand.

The past nine years of turmoil have proven that reliable crude flows from Libya are impossible without political stability. A key issue still to be resolved between Haftar’s forces and the government in Tripoli is the sharing of oil revenues between east and west. Haftar has called for a more equitable distribution of the wealth, a demand that initially led him to shut down fields and ports.

The rivals have agreed to restructure the Petroleum Facilities Guard, the armed group assigned to protect the country’s oil facilities, the UN said on Wednesday. The paramilitary unit was originally formed to protect oil infrastructure but transformed into a force that blocked export terminals amid Libya’s wider conflict. A deal to reorganize the Guard could be an important step toward ramping up crude output and exports.

Libya’s rival sides are meeting in Geneva until Oct. 24 for a fourth round of military talks with the aim of ending the civil war.

”We expect the cease-fire to keep holding, which means the resumption of normal activities at the remaining ports and storage facilities is only a matter of time,” said Kristoff Potgieter, an analyst at NKC African Economics in South Africa. “We are less optimistic about the prospect of a more comprehensive and lasting deal.”