Californians May Soon Pay $4 for Gasoline 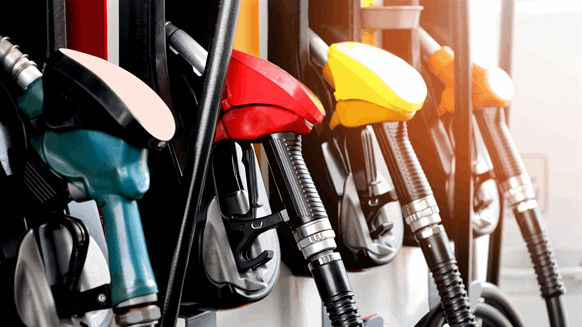 Californian drivers are edging closer to paying $4 for a gallon of gasoline with the state open for business again and Governor Gavin Newsom planning for a summer with almost no restrictions.

(Bloomberg) -- Californian drivers are edging closer to paying $4 for a gallon of gasoline with the state open for business again and Governor Gavin Newsom planning for a summer with almost no restrictions.

The move toward normalcy in the most populous U.S. state has already sent prices at the pump near their highest since the fall of 2019, as everything from theme parks to indoor swimming pools get ready to come back.

The reopening is a much-anticipated boon to a hard-hit state that relies heavily on tourism, and to a fuel market that saw demand plunge during the pandemic. But the gasoline price spike also shows the inflation risks for the economy.

In San Francisco’s cash market, where refiners and retailers trade the motor fuel, the premium on gasoline for April delivery rose by 2 cents to 12 cents a gallon above New York futures on Thursday, according to data compiled by Bloomberg. That’s the highest since Jan. 7. The cash-market price is rising in Los Angeles, too.

Cash market increases typically are passed to consumers after the fuel is moved down the supply chain.

At the pump, the average price in the state has risen 18 cents in the last month to $3.93 a gallon on Thursday, according to the AAA auto club. The average last topped $4 on Nov. 14, 2019, AAA spokesman Jeff Spring said.

Fuel prices across the country have risen with crude’s rally this year, but supplies are tighter in California.

Last week, the West Coast and New England were the only U.S. regions to see gasoline inventory fall, according to data from the Energy Information Administration. West Coast stockpiles, reflected mostly by California, fell by 547,000 barrels to 30.9 million barrels.

The price hikes may limit driver appetite for gasoline, said Robert Yawger, head of the futures division at Mizuho Securities. At psychological levels like $4, gasoline will be blamed for inflation, “and you just accelerate clean energy development,” he said.