Brookfield Makes $12B Bet Away From Fossil Fuels 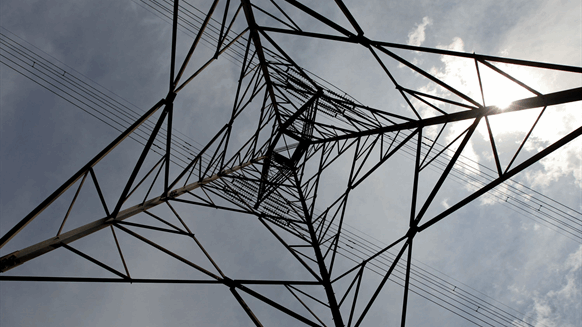 Brookfield Asset Management led an $11.8B offer to acquire Origin Energy, its latest bid to add exposure to Australia's accelerating shift away from fossil fuels.

The deal, Asia’s third-largest announced acquisition this year according to data compiled by Bloomberg, is backed by Sydney-based Origin’s board. Brookfield said it aims to turn the energy generator and retailer -- with around 4.5 million customer accounts -- into Australia’s key provider of clean power.

Under Brookfield’s plan, an additional A$20 billion will be invested by 2030 in Origin’s transition strategy, including adding more capacity in renewable power and energy storage, the fund said in a statement Thursday. The fund’s partner MidOcean Energy -- a liquefied natural gas company owned by US-based EIG Global Energy Partners -- will take control of the target’s natural gas assets, including a stake in the Australia Pacific LNG export operation.

Origin, which has set a date to shutter Australia’s biggest coal-fired plant, has “well thought-out, detailed” plans to shift to cleaner energy, Brookfield’s Asia-Pacific Chief Executive Officer Stewart Upson said in an interview. “Our capital essentially just enables us to work with them to accelerate them.” Origin’s shares surged as much as 40% in Sydney trading.

Green-focused investors are betting that renewable power generators are poised for major growth after Russia’s invasion of Ukraine plunged global energy trade into turmoil, and as the world aims to meet commitments to limit climate change. Investors are targeting Australia, one of the developed world’s biggest per-capita emitters, with an aim of replacing often expensive and unreliable coal-fired power plants with cleaner energy sources.

Origin and key rivals have in recent months brought forward plans to close fossil fuel-powered facilities, citing the eroding viability of coal-fired electricity and competition from lower cost energy sources such as solar, wind and batteries. The utility earlier this month also completed the sale of gas exploration assets and said it was reviewing options for others.

Brookfield’s plans will involve the utility continuing to lean on fossil fuels. The fund doesn’t expect to accelerate the closure of Origin’s Eraring coal plant, which is currently scheduled to shutter as soon as August 2025, Upson said.

A fleet of gas-fired power stations -- that can ramp up quickly to supplement renewable energy generation at times of high electricity demand -- will be needed until alternative firming capacity is developed, Upson said. The company’s gas retailing business will also have an ongoing role, though is likely to be wound down over time as household electrification of heating and cooking increases.

Other institutional investors will be tapped to join Brookfield in funding the A$20 billion transition strategy, Upson said.

Under the proposal, Brookfield and MidOcean would pay Origin shareholders A$9 a share, a 55% premium to Wednesday’s closing price in a deal valued at more than A$18 billion on an enterprise basis, the target said. The offer comes after three months of negotiations and two previous bids. If the proposal succeeds, Origin will be delisted.

Brookfield this year raised $15 billion for a fund dedicated to investing in the global transition away from fossil fuels and has struck agreements to acquire US and German solar power and battery developers.