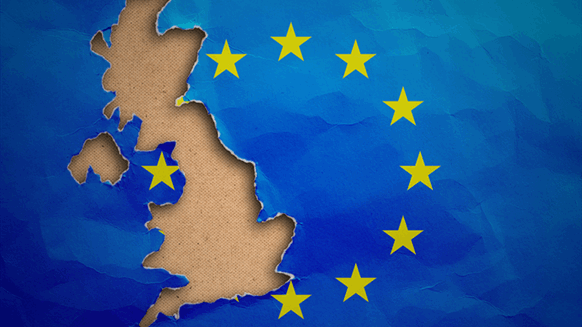 Britain and South Korea are in talks to protect an arrangement of tax breaks for Korean buyers of North Sea crude beyond Britain's upcoming exit from the EU.

LONDON/SEOUL, April 23 (Reuters) - Britain and South Korea are in talks to protect an arrangement of tax breaks for Korean buyers of North Sea crude beyond Britain's upcoming exit from the EU, officials from both countries said, although a breakthrough does not look imminent.

An EU free-trade agreement has been in place since 2012 with South Korea, Asia's fourth-largest economy and last year's third-biggest importer of British North Sea crude, which is a significant source of revenue for the United Kingdom.

Britain, which is trying to forge new trade relationships beyond Europe, will leave the EU next March and enjoy a status-quo transition until the end of 2020, according to the current plan.

The current trade deal allows EU exporters to sell their oil to South Korean refineries tax-free, and Britain has been the biggest beneficiary of this break.

A South Korean trade ministry official who has been part of the discussions, but declined to be named as he was not authorised to speak to media, said talks were going on between the two countries on a new trade deal.

"So far we have had two meetings after creating a so-called South Korea-UK trade working group. But as it's not clear how details for the Brexit will be hashed out, at the moment, we have to wait and see."

Talks between Britain and the European Union on their future trade relationship after Brexit started this week.

A spokesman for Britain's Department for International Trade said the two sides hold regular discussions about how to retain the trade benefits, adding the "government will support (the oil) sector to maintain (its) reputation."

The first meeting of the trade working group was held in Seoul in February 2017 and the second one was in London in December. The South Korean official said the date for their third meeting has not been set yet.

In the first two months of this year, South Korea imported 6.07 million barrels of British crude, down 1.67 per cent from a year ago.

Britain's Department for International Trade said its oil exports to South Korea in 2017 earned Britain two billion pounds ($2.81 billion) and made up 14 percent of its total oil exports, the biggest share after the Netherlands and China.