Brazil to Pay Petrobras $9B 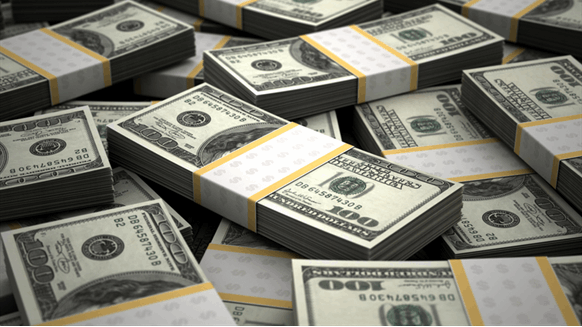 Brazilian oil giant Petrobras will get $9.06 billion to settle a deep-water contract dispute with the government.

(Bloomberg) -- Brazilian oil giant Petrobras will get $9.06 billion to settle a deep-water contract dispute with the government, ending years of negotiations and paving the way for Big Oil to access enormous crude deposits in the area.

Energy Minister Bento Albuquerque told reporters on Tuesday that compensation for a 2010 contract review will be paid in one settlement, and the resolution will allow for an Oct. 28 auction to develop excess oil reserves beyond the 5 billion barrels Petrobras is allowed to produce under the 2010 Transfer of Rights contract, also known as TOR.

The government expects to pay Petrobras after the Oct. 28 auction is held, Albuquerque said. Any winners in the auction will need to compensate Petrobras for investments the state-controlled company has already made in the areas being sold off. Rules for the compensation will be announced next week, Albuquerque said. The value of the signing bonuses and criteria for the auction will also be announced on April 17, he said.

Jair Bolsonaro is the third Brazilian president to try to unlock oil riches from the TOR area. Located under the Atlantic Ocean, it’s a section of the larger so-called pre-salt area, which holds Brazil’s biggest oil discoveries. Companies including Exxon Mobil Corp. and Royal Dutch Shell Plc have expressed interest in the deposits.

“Today we removed the legal uncertainty for one of the main contracts in the country,” Waldery Rodrigues Junior, an official at the economy ministry, told reporters at the same press briefing. “There is a lot of interest from oil companies in the reserves.”

The government transferred the 5 billion barrels of undeveloped reserves to Petrobras in 2010 for a cost of $8.51 per barrel. The agreement included compensation if oil prices fell leading up to commercial production, which they did.

Petrobras started output in 2013 and found the TOR area to hold more crude than initially estimated. Burdened by huge debts, the company lacked the tens of billions of dollars needed to fully develop the discoveries. The government wants to auction the surplus volumes and start pumping the crude, but needed to resolve the contract with Petrobras first to remove the company’s exclusive exploration rights.

The additional volumes that can now be offered to oil majors can reach as much as 15 billion barrels. If that crude is commercially recoverable, it would represent about twice the proved reserves of Mexico or Norway.

The government has said the auction could raise as much as 100 billion reais ($25.9 billion) and reduce the South American country’s ballooning budget deficit.