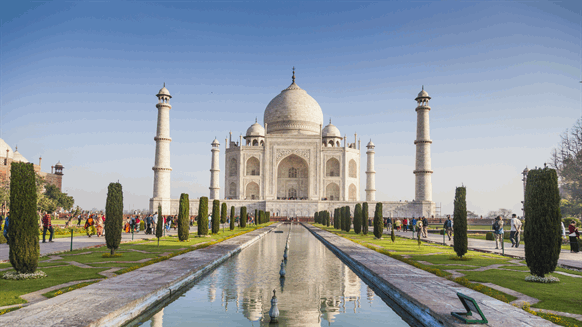 Oil giant BP Plc expects almost a tenth of its global earnings from India over the next decade.

MUMBAI, April 5 (Reuters) - Oil giant BP Plc expects almost a tenth of its global earnings from India over the next decade as it bets big on natural gas output, marketing and renewable initiatives in the subcontinent, a top regional executive of the company said.

"My aspiration is that since we (India) are material for BP, that might see 5-10 percent of BP's earnings coming from India," said Sashi Mukundan, regional president and country head.

London-based BP's total earnings for 2017 were $6.2 billion, more than double that of a year ago.

BP hopes to boost its earnings from India by participating in the entire natural gas value chain here, Mukundan said, adding that the company is also exploring areas such as fuel marketing, petrochemicals and renewables.

The British oil major partnered with Indian billionaire Mukesh Ambani's Reliance Industries Ltd in 2011, picking up a 30 percent stake in the latter's interest in exploration and production assets, primarily off India's east coast.

"We've already started marketing the gas... we will be able to supply customers at a much cheaper price than imported LNG," he said.

The company is also looking at importing LNG or booking capacity at LNG terminals to meet the growing demand in India, he said.

BP's CEO Bob Dudley, in a joint press conference in June had said that Reliance and BP would jointly invest $6 billion in the East Coast assets. He said BP will also expand ties with RIL to feed India's rising fuel and renewable energy needs.

The oil major has so far invested over $8 billion dollars for oil and gas exploration in India and in its Castrol venture, he said, adding that the company is likely to pump in another $5 billion into the East coast assets and other initiatives.

sally radford  |  April 12, 2018
Excellent news for titan BP and democratic India where prosperity will unleash intellectual talent vital for the digital era and buttress a bastion of peace in the East. Good luck to all parties.