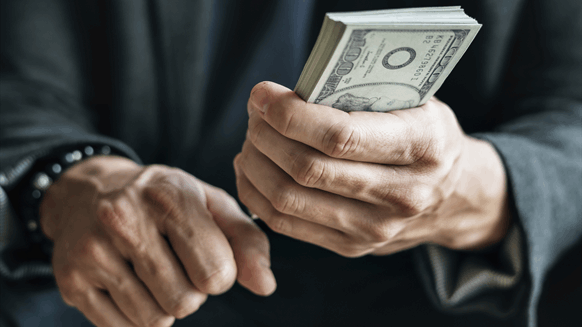 Billionaires are circling the distressed U.S. oil and gas patch, looking to pick up assets on the cheap at a time when the state of the industry is scaring off other investors.

(Bloomberg) -- Billionaires are circling the distressed U.S. oil and gas patch, looking to pick up assets on the cheap at a time when the state of the industry is scaring off other investors.

Sam Zell has teamed up with Tom Barrack Jr. to buy oil assets in California, Colorado and Texas at fire-sale prices from companies trying to get ahead of a coming credit crunch. Dallas Cowboys owner Jerry Jones said his Comstock Resources Inc. is in talks to acquire natural gas assets in Louisiana from struggling Chesapeake Energy Corp.

“I compared it recently to the real estate industry in the early 1990s, where you had empty buildings all over the place, and nobody had cash to play,” Zell said in an interview on Bloomberg TV Thursday. “That’s very much what we’re seeing today.“

Thanks to the shale revolution, the U.S. has become the world’s biggest oil producer. The investors behind that growth, however, have little to show for it. After years of churning through cash with paltry shareholder returns, independent oil and gas drillers are down more than 40% since 2014. Lenders are becoming more discerning after easy money enabled much of the original boom.

That’s fueling a slowdown. The number of active drilling rigs in the U.S. has declined, and some of the biggest independent producers are lowering growth plans. Chesapeake Energy Corp., once the second-biggest U.S. producer of natural gas, warned investors last week that it may not be viable as a “going concern” if low oil and gas prices persist.

“What we’re seeing are situations where companies are taking steps in anticipation of problems rather than responding to problems,” said Zell, 78.

He and Barrack teamed up in September to create Alpine Energy Capital LLC, a rebranded Colony HB2 Energy, which was formed in 2018 and recently closed a $320 million investment with California Resources Corp.

“The seller in that was a big company -- not in trouble but not terribly liquid, and therefore looking for ways to, in effect, get somebody else to put up the money to keep the game going,” Zell said.

A sale of Chesapeake’s Louisiana assets has been pegged as one of the few remaining options for a company that has become a poster child for the promise and peril of the shale industry.

Jones, 77, who owns 73% of Comstock, said through his assistant that a deal could be valued at more than $1 billion. That would give Chesapeake a cash infusion at a time when all eyes are on the company’s ability to pay its debts.

That cash-flush opportunists like Zell, who’s been called “the grave dancer” for his ability to buy at the bottom of markets, see value in assets belonging to an industry that’s in distressed-sale mode could signal that the bottom is here -- or, at least, close.

Zell can call the top of markets, too. Many people said that’s what he did with the U.S. commercial real estate market in 2007, when he unloaded a portfolio of office buildings to Blackstone Group Inc. At the time, he denied that was the case.

It remains to be seen, of course, if oil and gas prices have hit bottom. Forecasts for next year don’t paint a pretty picture, but some analysts are pointing to a slowdown in U.S. production growth as reason to believe prices will pick up at the end of 2020 and into 2021.

Unlike Jones, Zell said he’s staying away from gas for now.

“The oil situation is in much better shape,” Zell said. “And the amount of capital is disappearing.”

--With assistance from Alix Steel and Sophie Alexander.

To contact the editors responsible for this story:
Simon Casey at scasey4@bloomberg.net
Bob Ivry