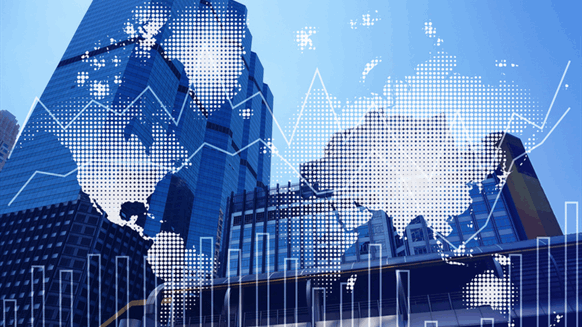 Don't expect Big Shale to rush and fill the hole left by OPEC in the oil market.

(Bloomberg) -- Don’t expect Big Shale to rush and fill the hole left by OPEC in the oil market.

Executives from three of the biggest independent U.S. drillers say they won’t increase activity just because prices rise after the Organization of Petroleum Exporting Countries and its allies agreed to extend output curbs. The emphasis, instead, will be on maintaining spending discipline and generating profits to return to investors, according to Pioneer Natural Resources Co., Parsley Energy Inc. and Newfield Exploration Co.

While crude is trading near the highest level in more than two years as OPEC and its partners limit supplies in a bid to drain a global glut, investors have been concerned stronger prices would encourage U.S. drilling and undermine those efforts. The biggest oil crash in a generation began in 2014 as a boom in American shale output spawned a race for market share between global producers.

“Higher oil prices can bring in more cash to the balance sheet, and you can enjoy that cushion, but there’s no need to chase additional activity,” Matt Gallagher, Parsley’s chief operating officer, told Bloomberg on the sidelines of Van Eck Associates Corp.’s U.S. Shale Forum in Singapore. “It’s paramount that you’ve got to be disciplined and give visibility on spending.”

That’s not to say the companies won’t grow. Pioneer, which drills in the Permian Basin and Eagle Ford shale plays, plans to boost output from about 300,000 barrels of oil equivalent a day this quarter to more than 1 million by 2026, Chief Financial Officer Richard Dealy said. Parsley also drills in the Permian, while Newfield is focused on the SCOOP and STACK plays in Oklahoma.

The difference now is that shale drillers want to grow while generating free cash flow to return to investors via dividends or share buy-backs, said Shawn Reynolds, Van Eck’s portfolio manager for hard assets. In years past, companies routinely outspent their cash flow by 20 to 30 percent in an attempt to grow production as fast as possible.

“I hope they are more disciplined this time around,” Pioneer’s Dealy said. “If oil prices are higher, that means our cash flow may turn positive that much sooner, but no real change in activity level.”

Last week’s decision by OPEC and its partners including Russia could potentially harm shale, Van Eck’s Reynolds said. While companies with the most efficient operations and richest acreage can profit at an oil price of $50 a barrel, rising prices may mean hundreds of other small independent drillers with lower-quality sites could begin to break even on production and start drilling again, increasing costs for everyone. West Texas Intermediate futures traded at $57.81 a barrel at 10:20 a.m. London time.

“I don’t like $27 oil, but I don’t like $80 oil either,” Gary Packer, chief operating officer for Newfield, said in an interview. “Inefficiencies get bred into this industry at high commodity prices, and I think we have built efficiencies within the unconventional space to deliver exciting returns for our shareholders in a $50 environment.”

As U.S. output increased, OPEC in late 2014 decided to pump at will to defend market share, exacerbating the price collapse that sent several shale companies into bankruptcy.

U.S. production has rebounded since OPEC reversed course last year and decided to cut output to force the world to burn through a glut of global inventories. Thursday’s extension, which will prolong curbs from March 31 to the end of 2018, will allow American firms to raise supplies even more and steal market share from OPEC in places like China, Barclays Plc analysts Michael Cohen and Warren Russell said in a Nov. 30 report.

That idea is tied to the past, though, Newfield’s Packer said. The shale industry of old was able to generate phenomenal growth at the expense of providing sound financial returns. The focus now is on the bottom line.

“What we’re hearing today from our investors is they want to see more discipline,” he said. “If investor behaviors change and they start rewarding production growth again, it can be a different outcome, but that’s not the narrative that we have today.”