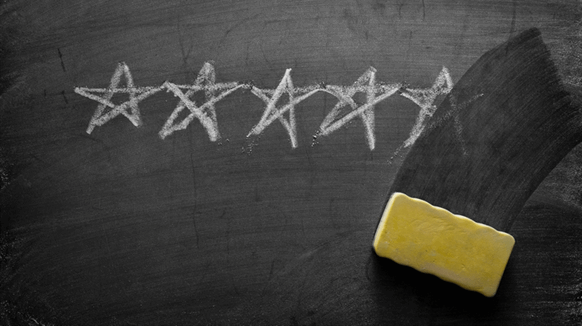 The latest crash in oil prices is threatening to push $140 billion of investment-grade energy debt over the edge into junk.

(Bloomberg) -- The latest crash in oil prices is threatening to push $140 billion of investment-grade energy debt over the edge into junk.

Despite the modest recovery after 2016, oil prices have been capped by plentiful global supplies, and at the same time the U.S. shale sector has exhausted the patience of many equity investors with consistently poor returns. Now, the industry has been blindsided by the double whammy of a supply shock from the coronavirus and an oil price war, and President Donald Trump’s efforts to prop up prices is unlikely to offset more expected supply from major producers.

That’s left exploration and production companies in a weaker position coming into the latest crisis, with WTI crude hovering near $30 a barrel. Those including Occidental Petroleum Corp., as well as Apache Corp. and Marathon Oil Corp. are cutting spending wherever possible, but bond traders seem to have already made up their minds -- some of these companies’ debt, and that of others, is trading around 70 cents on the dollar, a far cry from near par where most traded just a few weeks ago.

“When you have these investment-grade companies trading in the 60s, 70s, and 80s, that tells you that the market certainly doesn’t look at them as investment grade,” said James Spicer, a high-yield analyst at TD Securities focused on energy. “It looks at them as distressed names that have real default risk.”

It may be too late for oil producers to refinance their way out of this one. Capital markets have been mostly shut for weeks as corporate debt traders price in a greater chance of recession, only opening up in small windows for the highest-quality borrowers in safe-haven sectors like utilities. If companies can’t service their debt, the possibility of downgrades pales in comparison to the threat of default.

For investment-grade borrowers, they’re still trying to avoid downgrades to high yield, which would make them so-called fallen angels, but strategists are betting against it. UBS Group AG boosted its fallen angel forecast by $50 billion to a high of $140 billion, largely due to the stress in energy. That number could represent just North American energy companies alone crossing to high yield, while a prolonged downturn could affect an additional $320 billion of BBB rated midstream debt, Bloomberg Intelligence analyst Spencer Cutter said in a report Wednesday.

Much of that could come from Occidental, which slashed its dividend last week for the first time in 30 years to conserve cash, and would be the largest issuer in the Bloomberg Barclays high-yield index if cut. Apache, which also reduced its payout, is another, as well as Marathon Oil, Continental Resources Inc., Cimarex Energy Co., Noble Energy Inc. and Hess Corp., according to Morgan Stanley. Unlike 2016, the risks in energy today are not limited to high-yield companies alone, analysts led by Srikanth Sankaran said in a report.

A spokeswoman for Occidental declined to comment, while representatives for Marathon Oil, Continental Resources, Cimarex Energy and Noble Energy didn’t respond to requests for comment.

The exploration and production sector makes up the biggest chunk of riskiest high-grade companies and would be the first on the chopping block when credit raters start downgrading, according to CreditSights. Cost-cutting measures like those announced last week by Occidental and Apache may help companies buy more time, but the big question is whether that will be enough to keep bond graders at bay, according to Erin Lyons, U.S. credit strategist at CreditSights.

“Given the underlying price environment especially in energy, there just might not be much else they can do apart from cutting shareholders’ returns,” she said.

Moody’s Investors Service is expecting more oil and gas companies to reduce capital spending, and potentially cut or even suspend payouts to shareholders as cash flows dwindle and access to capital markets becomes limited. S&P Global Ratings said it will review all investment-grade and high-yield E&P companies as it now expects WTI crude to end the year at $35 instead of $55.

Higher-quality names like Diamondback Energy Inc., Parsley Energy Inc. and WPX Energy Inc. are likely to trade back up once the dust settles, said TD’s Spicer. But for the riskier ones like Occidental, Cimarex and Continental Resources, it may be too late to stave off downgrades to junk, especially if oil prices don’t rebound anytime soon, Spicer said.

“If this situation persists for any period of time, and it seems like it will, I think all of these names will come into high yield,” he said.

Rudolf Huber  |  March 17, 2020
The shale industry is full of zombies. Lots of companies that will never get out of debt or never cut it into profitability for a whole host of reasons. It is also peppered with some really competitive, slim and mean outfits that are able to withstand most beatings. If low prices remain for a little while all this does is to cull the zombies and liberate capital and market for the healthy ones to give them a further boost. Russia wants to kill shale - they just breed an even bigger, meaner monster. Sometimes it's better not to wake the dogs.