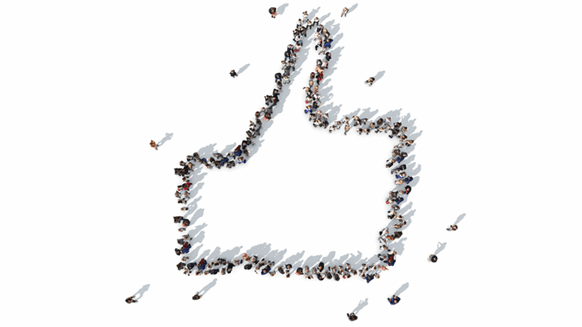 Crude may still be languishing near $50, but Big Oil is on track to rejoin the world's corporate elite by squeezing more cash from each barrel.

(Bloomberg) -- Crude may still be languishing near $50, but Big Oil is on track to rejoin the world’s corporate elite by squeezing more cash from each barrel.

The five biggest oil producers generated about $34 billion of cash from operations in the third quarter, according to estimates from Jefferies LLC. That puts each of them at least on a par with tech giant Facebook Inc., a welcome return to the top tier of global business after three years on the skids.

The oil majors are reaping the benefits of deep cost cuts, but they’re still not doing quite enough. The target: being able to fully fund dividends and investments at $40, or even $30 a barrel, according to BP Plc Chief Executive Officer Bob Dudley.

“It’s not peak diet yet,” said Dudley, who sees potential for even more stringent cost and spending discipline. “Our industry is going through a great, massive change in the cost structure.”

Cash is king for the oil majors as they negotiate crude’s biggest downturn in a generation. It’s one of the most important metrics for investors as they gauge companies’ ability to keep paying dividends without having to borrow.

Four of the five big oil companies are forecast by Jefferies to boost cash compared with the preceding quarter.

Oil majors have deferred projects, renegotiated contracts and laid off thousands of employees in an attempt to cut costs and generate income in a low crude-price environment. That’s helped lower the price at which they can cover their dividend payout and capital expenditure.

BP, Shell and Total continue to give a portion of shareholder payouts in shares and are still unable to cover the entire dividend. In the third quarter, BP reduced the price at which it would cover the dividend and spending to $54 a barrel and Shell to $55. Brent crude averaged $52.17 in that period and traded near $58 on Wednesday.

Big Oil has demonstrated this year that it can live with oil at $50. Analysts expect that trajectory to continue in the third quarter as oil prices rose and cost cuts continued.

“We expect the tone of the earnings calls to be broadly positive,” said Jason Gammel, a London-based analyst at Jefferies.

Expenditure is another key metric for investors, after companies promised to rein in the lavish spending that came with $100 oil. At the same time, the market still wants to see if producers are plowing enough money back into projects to ensure future growth.

Spending by the five biggest companies combined is likely to drop for a fourth consecutive year in 2017, according to estimates by UBS Group AG. It could rebound next year, but may only reach 2016 levels by the end of the decade, the bank said.

Concern about growth is showing in oil industry shares, which have lagged behind the wider market and crude this year. Though the sector outperformed in September, it’s behind again in October as investors doubt the sustainability of the rally in oil prices.

Gene Riddle  |  October 28, 2017
This is not a surprise and is not a new phenomena, it is merely a repeatable pattern of the large scale boom/bust petroleum petroleum economy. Cost cutting measures, including cutting personnel resources, affect near term profitability positively, however these same moves will have less positive, and potentially negative affects on longer term productivity and profitability. Aside from the negative impact to many previously employed by the oil/gas industry, there is an upside to these cost cutting measures. Having served in the industry through an entire major boom to bust to boom cycle (circa 1981-2015), I witnessed an increase profits as a focus on efficiency became the norm, followed by a focus on application of new technology as prices recovered from bust to stability, and ultimately to a lack of clear focus, accompanied by poor performance, as high profit margins allowed slack corporate governorship.
Az Za  |  October 26, 2017
The unfortunate scientific reality is that big oil is an enemy to human survival. That's coming from 97% of climate scientists. Broadcasting this like its good news wont strike a note with many. Perhaps invest in green jobs instead if you want people to root for you at all
Don Johnson  |  October 25, 2017
I think Big Oil is reaping profits through unscrupulous negotiating tactics / forcing Service Company's into competitive pricing. The service Co's have cut their employees / consultants wages, benefits by as much as 40% in some areas. Also there's the possibility that Service Co's have started participating in the drilling programs and are responsible for the cuts.
Jill  |  October 25, 2017
Does this mean they'll never be putting us back to work?