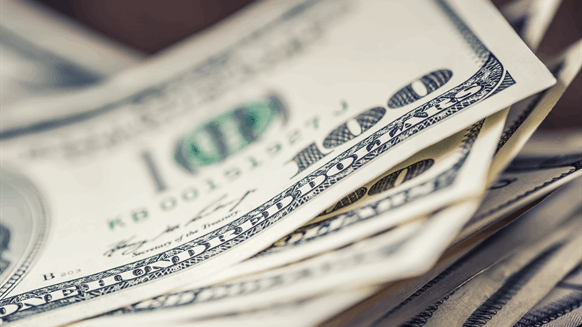 The world’s oil supermajors are pumping out cash as if crude was already trading at $100 a barrel.

BP Plc, Shell Plc, TotalEnergies SE, Exxon Mobil Corp. and Chevron Corp. just generated the highest free cash flow since the start of 2008 -- when oil first climbed above $100 a barrel. Crude isn’t that high yet, but spending is much lower, meaning there’s more money to return to investors.

“Over the past decade, oil and gas companies have had to trim the fat,” said Laura Hoy, an equity analyst at Hargreaves Lansdown. These leaner firms are benefiting the most from the current rally, especially as “elevated oil prices look like they’re here to stay.”

The five supermajors mostly surpassed analyst expectations for fourth-quarter earnings, reporting combined free cash flow of $37 billion, when Brent crude averaged almost $80 a barrel. That compares to $40 billion in the first quarter of 2008, when the average was $96.

Their adjusted net income also soared to $31 billion, the highest quarter in more than nine years.

It’s quite a u-turn for an industry that was enduring ballooning debt and crashing commodity prices as the coronavirus pandemic unfolded in 2020. At the end of that year, the five majors together lost almost $19 billion.

Yet companies spent much of 2020 aggressively cutting costs, announcing tens of thousands of layoffs and in some cases slashing dividends. That positioned them well for 2021, when the slump turned into a remarkable rally.

The outlook this year also looks bullish. Demand is increasing but supply remains “rather constrained” after years of under-investment, according to TotalEnergies’ Chief Executive Officer Patrick Pouyanne.

“You could see a world where, because of a lack of investment, even though the energy transition is accelerating oil prices are much, much higher,” said BP CEO Bernard Looney.

Although earnings could be sustained or even surpassed this year if prices hold strong, oil and gas markets could soften as winter ends and if tensions between Russian and Ukraine subside, says Bernstein analyst Oswald Clint.

All five firms are holding the line on spending, with only relatively small increases in budgets for the year. Exxon and Chevron will boost investment in shale production in the Permian Basin, but this will largely offset production declines elsewhere in their portfolios. For BP, incremental spending will mostly be directed at low-carbon businesses.