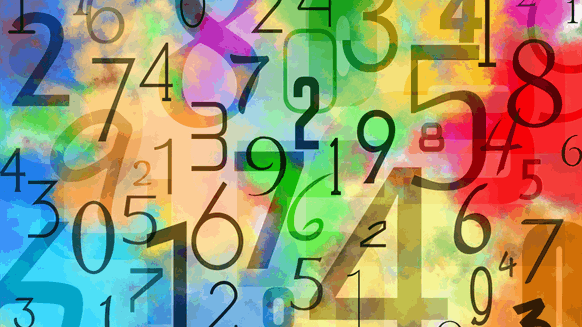 The crude market had its worst quarter in 4 years but you wouldn't be able to tell by looking at Big Oil's stellar earnings numbers.

(Bloomberg) -- The crude market had its worst quarter in four years but you wouldn’t be able to tell by looking at Big Oil’s stellar earnings numbers.

The world’s five largest publicly traded oil companies exceeded analyst expectations, in some cases obliterating them. The result lends credibility to what they’ve been saying: that they’ve been disciplined, focusing on the lowest-cost barrels which can churn out profits even during incredible market volatility.

“People are waking up to the fact that these companies can operate with a low oil price,” Christyan Malek, an analyst at JPMorgan Chase & Co., said by phone. “We continue to stay bullish on the group.”

Here are the five biggest takeaways from the 2018 earnings season:

If there’s one thing Big Oil has learned to excel at, it’s generating mounds of cash. The whole sector became bloated in the years leading up to 2014, as higher and higher crude prices made even ultra-expensive, over-engineered mega-projects look profitable.

Investors punished that short-sighted view, and have continually pressured companies to get lean. As a result, oil majors are focused on barrels that require lower operating and capital expenditures. At BP Plc alone, the company said it cut upstream costs by 45 percent. The result was the highest cash-generating quarter for the five largest oil majors since 2011, which will be used to buy back shares, cut debt and start more high-quality projects.

In the old days, the only figure that really mattered to oil companies was the reserves number, and it could be career-ending for a chief executive officer to allow oil fields to deplete without replacing them with as many, or preferably more, new barrels.

The view today is more mixed. While investors rewarded Exxon Mobil Corp. for replacing all of its reserves in the fourth quarter while also turning around falling output, they pushed Royal Dutch Shell Plc shares up when the company said it had only replaced about half its reserves. Chief Financial Officer Jessica Uhl said in an interview on Bloomberg Television that she wasn’t worried about the figure at all: “We’re focusing on growing value and growing our cash flow.”

In the fourth quarter, that attitude was on display. Production fell and investors shrugged it off, as the sector made clear it can do more with less.

3. Downstream holds its own

Downstream was the saving grace of the sector when crude prices collapsed between 2014 and 2017. Refineries got oil cheaply, making it less expensive to turn it into products such as gasoline or diesel.

Companies weren’t as reliant on that division in 2018, since oil prices rose through most of the year, but remained strong through the last quarter, helping the five largest oil companies exceed analyst estimates. Chevron Corp. is the only firm that churned out less in the downstream segment than at the start of 2014, when oil was trading at more than $100 a barrel. The decline was due to divestments in Canada and South Africa as well as expenses associated with maintenance in the U.S., CFO Pat Yarrington said.

Buying low and selling high is always a good idea, and some companies, such as Total SA, piled on the debt to snap up assets during the downturn. As free cash flow ratchets up thanks to companies’ “capital discipline,” they are actively de-leveraging. The move may give them some extra dry powder to buy more production in the future.

The notable exception is BP. The British oil major’s net debt is at its highest level in at least a decade; a combination of a $10.5 billion purchase of U.S. shale assets and the continuing financial burden of making payments for the deadly 2010 Deepwater Horizon catastrophe.

Little else makes investors grumpier than wasted capital. And companies acknowledged they did go a bit too far in spending on projects that were ultimately not that profitable in recent years.

Now they’re focused on increasing their average return on capital employed again. European majors Shell, BP and Total all broke out annual figures to show how returns are improving.

Don Peterson  |  February 07, 2019
Not replacing barrels produced with reserves is a recipe for disaster. I know it can be done in the short term but where's the line. One quarter, one year? 10%, 50%? It's a very risky strategy and very short sighted. It's great that companies have figured out how to produce more with less and should be rewarded on Wall Street, but not replacing reserves should be punished on Wall Street.