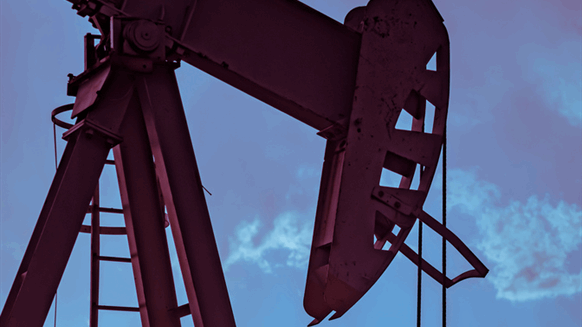 A bloodbath in energy stocks is creating a rich opportunity for Big Oil to dominate America's hottest shale play.

(Bloomberg) -- A bloodbath in energy stocks is creating a rich opportunity for Big Oil to dominate America’s hottest shale play.

Independent producers in the Permian Basin of Texas and New Mexico are trading much lower than when Chevron Corp. bid for Anadarko Petroleum Corp. in April. Royal Dutch Shell Plc and ConocoPhillips have expressed interest in bulking up in shale at the right price. Exxon Mobil Corp.’s chief said Wednesday his company is keeping a “watchful eye” on the Permian for potential deals.

Oil’s drop to near $55 a barrel, from $75 in October, is putting pressure on shale producers at a time when investors are losing faith in an industry that has burned about $200 billion of cash in a decade. Despite record U.S. output, the S&P index of independent exploration and production companies is trading near its troughs of 2008 and 2015, when crude prices sank south of $35 a barrel. The producers are now worth just 4.5 times their earnings before certain items, compared with 9 times about a year ago.

“It’s clear there are many E&Ps trading well below the Chevron valuation watermark from April,” said Michael Roomberg, who helps manage $4.4 billion at Miller/Howard Investments Inc. He expects “several additional deals over the next several quarters, and wouldn’t be surprised if the majors are involved.”

Pioneer Natural Resources Co. or Concho Resources Inc., which have both struggled this year, would be a good fit for Exxon, while Shell may look at smaller players like WPX Energy Inc. and Cimarex Energy Co., according to Tudor, Pickering, Holt & Co.

The collapse in valuations has been so severe that the biggest shale producers may also come into play. EOG Resources Inc. and Occidental Petroleum Corp. could also be targeted, Ben Cook, a portfolio manager at BP Capital in Dallas, said earlier this year. Activist investor Carl Icahn is pushing for a shakeup of the board at Occidental.

After a slow start in shale, Exxon and Chevron have expanded in the Permian at prodigious rates over the past two years and now see onshore exploration in the U.S. as a key part of their global growth plans. They expect to more than double output to roughly 1 million barrels a day each by the early 2020s.

The two heavyweights are betting their ability to fund enormous drilling programs and build associated infrastructure like pipelines and gas terminals means they won’t encounter the growing pains the independents are currently experiencing.

“If there is the opportunity to acquire something that brings unique value to Exxon Mobil, we’ll be in a position to transact on that,” Exxon CEO Darren Woods said at a Barclays Plc conference Wednesday.

But he’s willing to let potential targets struggle for some time to get a better price.

“Time’s on our side to let that play itself out,” Woods said. “I think people need to recalibrate what they’re experiencing in that unconventional space, and that will have an impact on how people value companies.”

Chevron will be “opportunistic” in making acquisitions, the company’s North America head Jeff Gustavson said at the same conference. Any deal would have to be a strategic fit and be good value, he said.

BP Plc entered the fray a year ago, acquiring BHP Group Ltd.’s onshore oil and gas assets for $10.5 billion. In hindsight, the timing looks bad given the slump in shale valuations since then.

Waiting for too long could be risky as well. On the day Chevron bid for Anadarko (which it ended up losing to Occidental Petroleum Corp.), major shale producers surged as much as 12% as investors bet on a buyout frenzy.