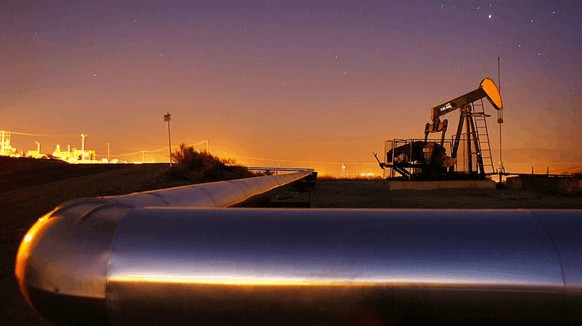 Politicians lash out against Big Oil executives for funneling windfall profits to investors.

Big Oil’s record profits are a huge hit on Wall Street but increasingly provocative in the corridors of power from Washington to London as politicians lash out against executives for funneling windfall profits to investors.

The controversy this week was not so much about the gargantuan dollar amounts earned but what the world’s largest energy companies chose to do with them. Exxon Mobil Corp., Chevron Corp., Shell, and TotalEnergies are handing almost $100 billion to shareholders annually in the form of buybacks and dividends while reinvesting just $80 billion in their core businesses this year, according to data compiled by Bloomberg.

“Can’t believe I have to say this but giving profits to shareholders is not the same as bringing prices down for American families,” President Joe Biden tweeted Friday in response to Exxon’s dividend increase.

Biden assailed Exxon again Friday evening at a Democratic fundraiser in Philadelphia, saying the company’s earnings were “the most it’s made in its 152-year history, while the rest of America is struggling.”

“Those excess profits are going back to their shareholders and their executives instead of going to lower prices at the pump and giving relief to the American people, who deserve it and need it,” he added.

“I’m going to keep harping on it,” Biden vowed. “They talk about me picking on them -- they ain’t seen nothing yet. I mean it. It outrages me.

Russia’s post-invasion halt to natural gas shipments to much of Europe and sanctions on the country’s oil exports triggered a global scramble for energy supplies, bidding up prices in the process. With gasoline prices and household utility bills squeezing consumers and pushing up inflation, politicians are demanding major oil companies reinvest more profits in drilling and refining to ease the strain.

For their part, oil executives, under pressure on emissions and years of poor returns, are in no mood to back down.

“There are hard times, as we saw just two years ago where we had enormous losses,” Chevron Chief Executive Officer Mike Wirth said on Bloomberg TV. “You move into another part of the cycle, and you have strong earnings. Good times don’t last just like the difficult times don’t last. We have to invest through those cycles.”

Wirth rejected the idea that current profits are a windfall and warned politicians against enacting any “short-sighted” policies that would restrain investment.

“Typically, if you want less of something, you tax it,” he said.

Earlier this year, the UK passed a windfall-profits tax on domestic oil and gas producers including BP Plc and Shell to claw back some of their extraordinary earnings, and there may be more measures on the way. Prime Minister Rishi Sunak says all options are on the table as he attempts to fill a £35 billion ($40.7 million) budget shortfall.

The European Union also gave a green light earlier this year for countries to implement windfall levies. An analysis from Boston Consulting Group found that the measure could raise as much as 150 billion euros ($149 million) in the next year.