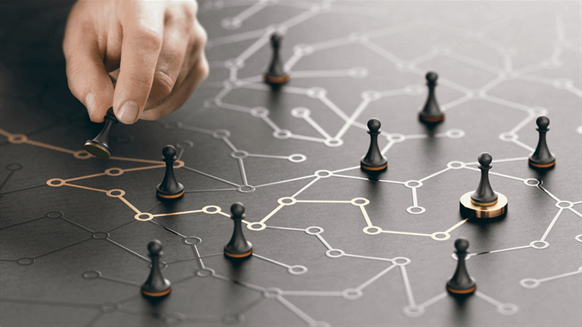 Joe Biden will unveil clean-energy and infrastructure plans that seek to balance progressives' demands for bold action on climate against protecting swing-state jobs in a coronavirus-altered economy.

(Bloomberg) -- Joe Biden on Tuesday will unveil clean-energy and infrastructure plans that seek to balance progressives’ demands for bold action on climate against protecting swing-state jobs in a coronavirus-altered economy.

Biden’s plan includes $2 trillion in spending over four years and sets the goal of a 100% clean-energy standard by 2035, people briefed on the proposals said. That’s more spending over a shorter period than the $1.7 trillion, 10-year plan that Biden had offered during the Democratic primary.

The proposal is another key element of Biden’s broader plan to pull the U.S. out of the recession touched off by the pandemic as he builds his argument into the November election against President Donald Trump. With the energy plan, the Democratic nominee will seek to both revive the economy and address deeper systemic problems that existed before the virus hit.

Yet the challenge for Biden lies in convincing progressive voters that he hasn’t left them short even as he set aside some of the more ambitious moves called for in the Green New Deal championed by left-wing Democrats including Representative Alexandria Ocasio-Cortez.

During a virtual fundraiser Monday night with dozens of renewable energy developers and advocates, Biden said clean energy would offer an opportunity for American workers to rebound from multiple predicaments. “It makes it all easier in a bizarre way,” he said. “We’re facing a historic set of crises: a pandemic, an economic crisis and systemic racism. And the most sweeping crisis of all -- climate change -- touches each one, and it exacerbates the threats to global health and to the economy and racial justice.”

Biden also said he understands the urgency to act, telling donors that “2050 is a million years from now in the minds of most people. My plan is focused on taking action now, this decade, in the 2020s.” In his initial climate proposal from June 2019, 2050 was the target for net-zero emissions.

The plans he will outline in a speech in Wilmington, Delaware, will add to the $3 trillion he committed last year to spending on infrastructure and clean energy, as well as the $700 billion in new spending to spur manufacturing and innovation that he laid out last week.

He will also call for the creation of a climate conservation corps and adopt Senate Minority Leader Chuck Schumer’s target of rapidly turning over the nation’s automobile fleet by enticing taxpayers with cash vouchers to trade in their gas-powered cars for plug-in electric, hybrid or hydrogen fuel cell cars.

Organized labor, key allies for Democrats, could emerge as an obstacle to any clean-energy plan that imperils jobs in the fossil-fuel industry. In 2016, Hillary Clinton’s comment that she was going to “put a lot of coal miners and coal companies out of business” damaged her campaign and gave Trump an easy line of attack.

That leaves Biden seeking to toe the line with unions -- much of his candidacy is based on his appeal to working-class voters -- stressing that he will work to create “good-paying union jobs” in infrastructure and energy, and downplaying jobs that will be lost as the energy industry shifts.

Biden faces the conundrum of winning over his party’s progressive wing with ambitious climate proposals without alienating swing voters in states like Ohio and his native Pennsylvania. He doesn’t support a ban on fracking, and has indicated he sees a future role for fossil fuels like coal and natural gas. Still, he has called for banning new oil and gas projects on public lands and waters and for putting a price on carbon dioxide emissions.

Biden’s new clean-energy proposals build on a $1.7 trillion climate plan he released last summer that called for 100% clean energy and net-zero emissions by 2050, but didn’t go far enough for some progressives.

RL Miller, co-founder of the political action committee Climate Hawks Vote and a member-elect to the Democratic National Committee, said Biden’s new proposal is expected to align with or tack to the right of the climate and energy goals issued last week by a “unity task-force” convened by the candidate and his primary rival Senator Bernie Sanders. Miller added that the task force’s proposals weren’t aggressive enough.

While those recommendations called for the elimination of carbon emission from power plants by 2035 and for all new building to be greenhouse-gas-emission free by 2030, Miller said more was needed.

“I was shocked at how bad it was,” Miller said in a phone interview. “We were not impressed.”

Gasrat  |  July 14, 2020
What a load of BS. Anyone swallowing this? Fair dust and unicorn farts will power the future. Ha!