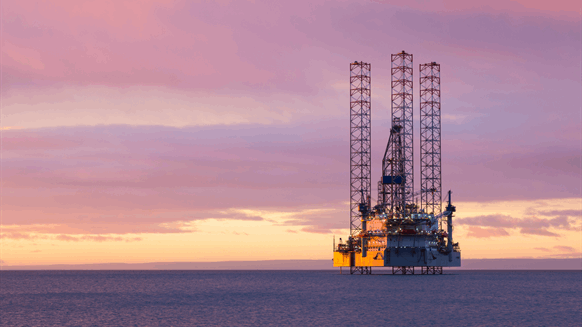 (Bloomberg) -- The Biden administration has issued at least 31 new drilling permits authorizing operations on federal land and coastal waters, despite an order putting political appointees in charge of the decisions.

The move signals those drilling authorizations are continuing to flow, despite President Joe Biden’s plan to pause oil and gas leasing -- and a Jan. 20 order temporarily putting decisions about oil and gas permits, mining operations, hiring and other matters in the hands of top Interior Department officials.

The order provoked alarm across the oil industry, as energy companies worried they wouldn’t get approval to drill new wells or swift approval to amend permits for ongoing drilling operations.

Offshore, the Bureau of Safety and Environmental Enforcement has issued 22 drilling permits to eight companies since Jan. 20, when President Joe Biden was inaugurated. Recipients have included BP Exploration and Production Inc., Arena Offshore, Shell Offshore Inc. and a BHP Billiton Petroleum subsidiary, according to a Bloomberg News review of an Interior Department database.

The offshore approvals, for wells in the Gulf of Mexico, have been issued on a steady basis since Biden’s inauguration, including this week.

Onshore, the Bureau of Land Management issued nine permits for wells in Montana, New Mexico and Wyoming on Jan. 20 and Jan. 21, according to a review of a separate database by the watchdog group Accountable.US. The companies that received the authorizations were Jonah Energy LLC, Burlington Resources Oil & Gas Co. LP and Legacy Reserves Operating LP.

The Interior Department said in a statement that permits for valid, existing leases “are continuing to be reviewed and approved.”

The agency has maintained that the order, which is set to expire March 20, does not equate to a drilling permit freeze and does not apply to tribal lands.