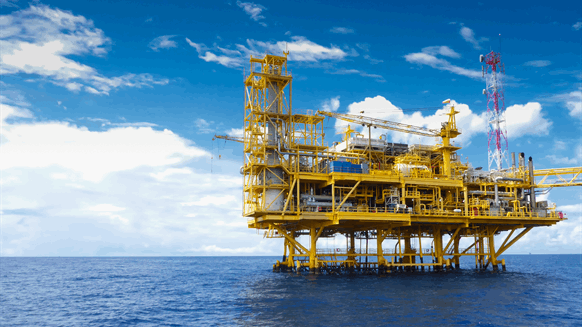 The Bluewater business is focused on deepwater exploration in the Gulf of Mexico and could fetch up to $2 billion in a sale.

(Bloomberg) -- BHP Group is among the potential bidders for Blackstone Group LP and LLOG Exploration Co.’s oil-exploration joint venture Bluewater, according to people with knowledge of the matter.

The Bluewater business, which is also attracting interest from closely held Fieldwood Energy LLC, is focused on deep-water exploration in the Gulf of Mexico and could fetch about $1.5 billion to $2 billion in a sale, said the people, who asked not to be identified because they weren’t authorized to speak publicly.

An agreement hasn’t been reached and Blackstone and LLOG could decide not to sell Bluewater, the people said.

Blackstone and LLOG announced the joint venture in 2012, pledging to invest about $1.2 billion in the project. The sale is one of several being planned in the Gulf of Mexico as larger companies look to re-deploy capital into other fields. Exxon Mobil Corp. is also selling assets in the area with a potential value of about $1.5 billion, the people said.

Representatives for Blackstone and BHP, based in Melbourne, Australia, declined to comment. Lafayette, Louisiana-based LLOG, Fieldwood and Exxon didn’t respond to requests for comment.

BHP, fresh from selling its shale business, has said that adding conventional oil assets is one of its top priorities. During the sale process for its shale operations, the company considered exchanging them for oil assets in the Gulf of Mexico, where it’s one of the top producers.

Blackstone’s energy group is raising its third energy fund with a $4.5 billion target. The firm also owns stakes in Ulterra Drilling Technologies LP and Grand Prix Pipeline, according to data compiled by Bloomberg.