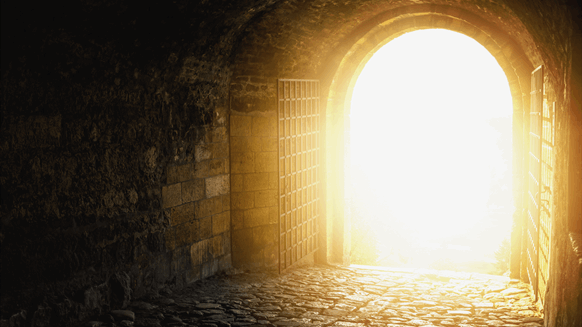 After years of suffering through plunging prices and declining spending by oil-sands behemoths, Canada is finally seeing a light on the horizon.

(Bloomberg) -- After years of suffering through plunging energy prices and declining spending by oil-sands behemoths, Canada’s oilfield-service industry is finally seeing a light on the horizon.

Companies that do everything from drilling wells to building work camps are pinning their hopes on a potential C$40 billion ($30 billion) liquefied natural gas facility on British Columbia’s Pacific Coast. LNG Canada, the Royal Dutch Shell Plc-led group behind the plant, may decide whether to build the project in the coming weeks.

The export complex would be a boon for an industry that was hit hardest by the 2014-2016 downturn in oil and gas prices, and one that still hasn’t recovered. The project would need new pipelines built and fresh gas wells drilled, bringing scores of workers and tons of equipment off the sidelines.

“To see some sort of major infrastructure investment go forward would be pretty positive, both from an investment and an economics and an employment perspective,” said Scott Matson, chief financial officer of Horizon North Logistics Inc.

Matson’s company, a Calgary-based provider of work camps and temporary housing, suffered as the oil crash derailed an investment boom that required accommodations for thousands of workers near northern Alberta’s remote bitumen deposits. The company has weathered the downturn by cutting costs, trimming its workforce and diversifying into modular building.

The LNG Canada facility would provide work similar to big oil-sands projects before the crash. Horizon North owns 57 acres of land near the site in the coastal town of Kitimat. The land can be used for residential development, hotels and restaurants, as well as for a work camp with up to 1,000 beds. The company declined to provide financial forecasts of what the LNG project could mean.

Another opportunity for service firms is that once the facility is built, the project partners -- which also include Malaysia’s Petroliam Nasional Bhd, PetroChina Co., Mitsubishi Corp. and Korea Gas Corp. -- will need to increase natural gas production to fill it.

Precision Drilling Corp. expects to win some of that work, which would call for putting up to six more drilling rigs into operation, Chief Executive Officer Kevin Neveu said. Each running rig creates about 40 direct jobs for Precision and 100 other indirect industry jobs, he said.

Canada’s oilfield-services industry could use a boost. A lack of pipeline space for crude and natural gas has weighed on prices and kept producers from expanding, leaving tons of equipment idled. There were about 74 active rigs targeting gas in Alberta and British Columbia at the end of August, less than half of the 180 running at the start of 2015, according to data compiled by RS Energy Group. By comparison, the number of rigs running in the U.S.’s Marcellus and Utica shale plays has dropped only about 30 percent from the start of 2015 through June.

Since the end of July 2014, the last time oil prices closed above $100 barrel, the S&P/TSX Energy Equipment & Services Index is down 63 percent, almost twice the 33 percent decline for the broader S&P/TSX Energy Index.

To be sure, LNG Canada has yet to decide on the project, and the services industry has had its hopes for major facilities dashed before. Last year, Petronas abandoned plans for a $27 billion LNG project in British Columbia. And yet it was Petronas’s decision in May to buy a 25 percent stake in the LNG Canada project that has made the industry confident the new project will go ahead -- and spur other projects to follow.