Baker Hughes: US Drillers Add Most Oil Rigs in a Week since March 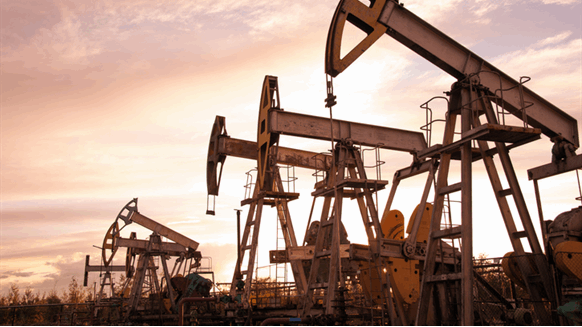 U.S. energy companies added 12 oil rigs this week, the biggest weekly increase since March, as crude prices hovered near their highest levels since 2014, prompting drillers to return to the well pad.

Jan 26 (Reuters) - U.S. energy companies added 12 oil rigs this week, the biggest weekly increase since March, as crude prices hovered near their highest levels since 2014, prompting drillers to return to the well pad.

Drillers boosted the oil rig count to 759 in the week to Jan. 26, the highest level since September, General Electric Co's Baker Hughes energy services firm said in its closely followed report on Friday.

More than half of those oil rigs were located in the Permian basin in west Texas and eastern New Mexico where the number of active units increased by 18 this week to 427, the most since January 2015.

That was the biggest one-week increase in rigs in the Permian since November 2013.

Those rigs were expected to help boost oil output in the Permian to a record high near 2.9 million barrels per day in February, according to federal projections, representing about 30 percent of total U.S. oil production.

The total U.S. oil rig count, an early indicator of future output, is much higher than a year ago when only 566 rigs were active after energy companies started to boost spending in mid 2016 as crude started recovering from a two-year price crash.

In anticipation of higher prices in 2018 than 2017, U.S. financial services firm Cowen & Co said 26 of the roughly 65 E&Ps they track, including EP Energy Corp , have already provided capital expenditure guidance for 2018 indicating a 7 percent increase in planned spending over 2017.

Cowen said the E&Ps it tracks planned to spend about $66.1 billion on drilling and completions in the lower 48 U.S. states in 2017, about 53 percent over what they planned to spend in 2016.